Guess the headline pretty much kills the suspense of this one, but it makes the feat no less impressive. The Ford Mustang trunk can swallow all six bags of our Luggage Test, something numerous sedans and SUVs cannot. Did I squish things a bit more than normal? Yep. Did I scrape the hell out of my finger on some plastic trim bit to make sure it happened? Sure did! Nevertheless, I was so damned close I made a special exception from the usual highly scientific nature of this highly scientific test.

Officially, the Mustang Coupe has 13.5 cubic feet of space (the Convertible has 2 fewer cubes). Even on paper, that’s pretty darn good for a sporty coupe like the Mustang, even if the Challenger has a ridiculous 16.2 cubic-foot trunk. That’s more than a Toyota Camry. Presumably, the Mustang trunk I tested would measure less as it included a large subwoofer unit on its right side (below right). 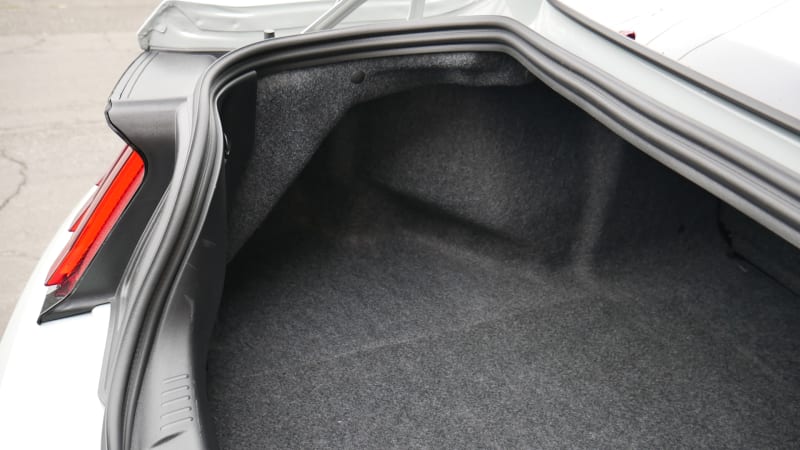 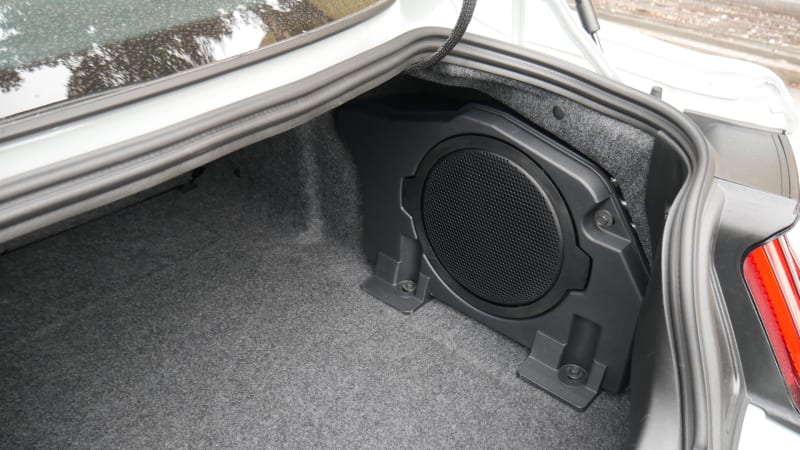 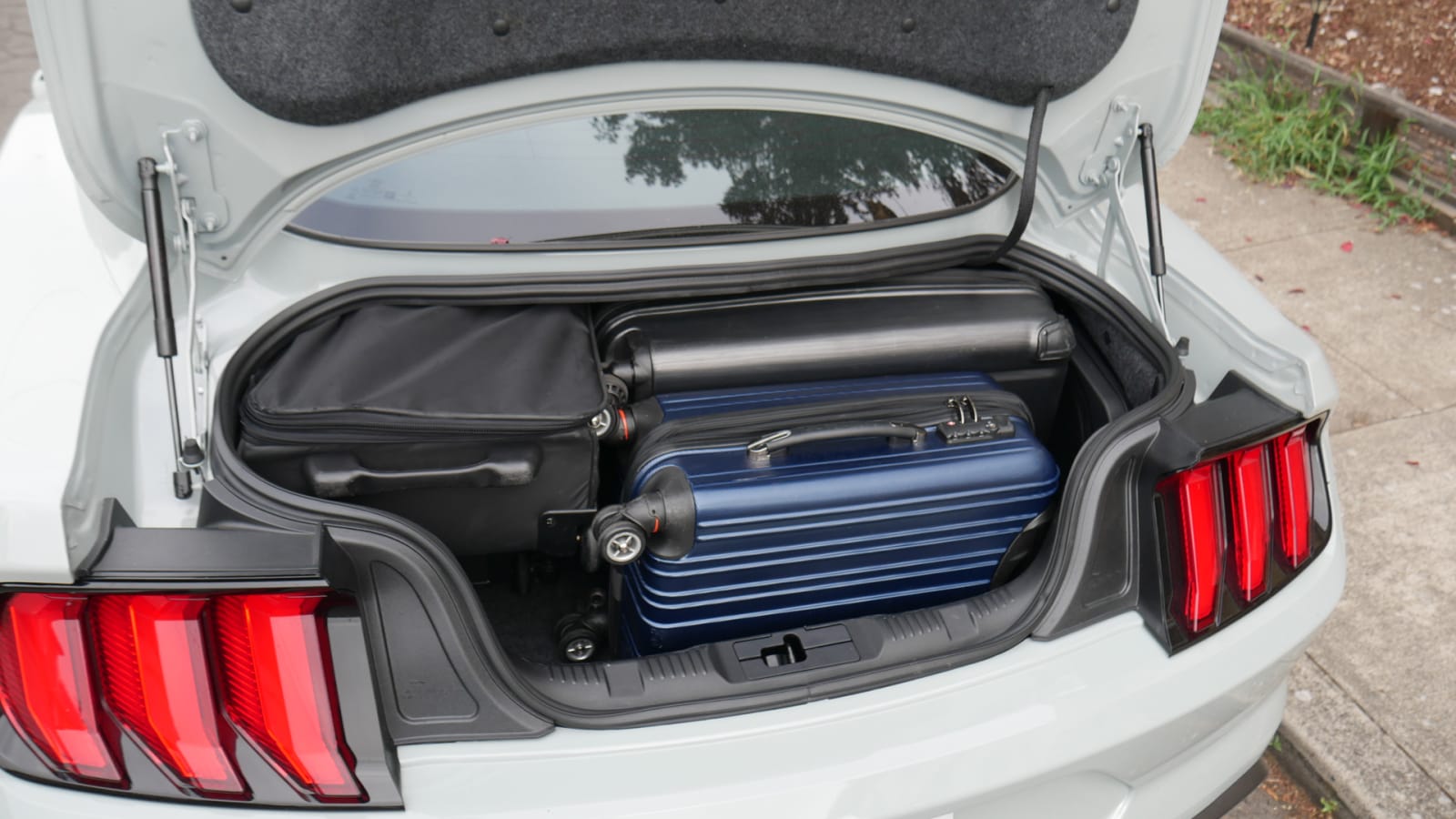 And, again, they all fit! Is the soft-sided bag in the upper left there pretty squished? Yes it was. So was the blue bag in front. 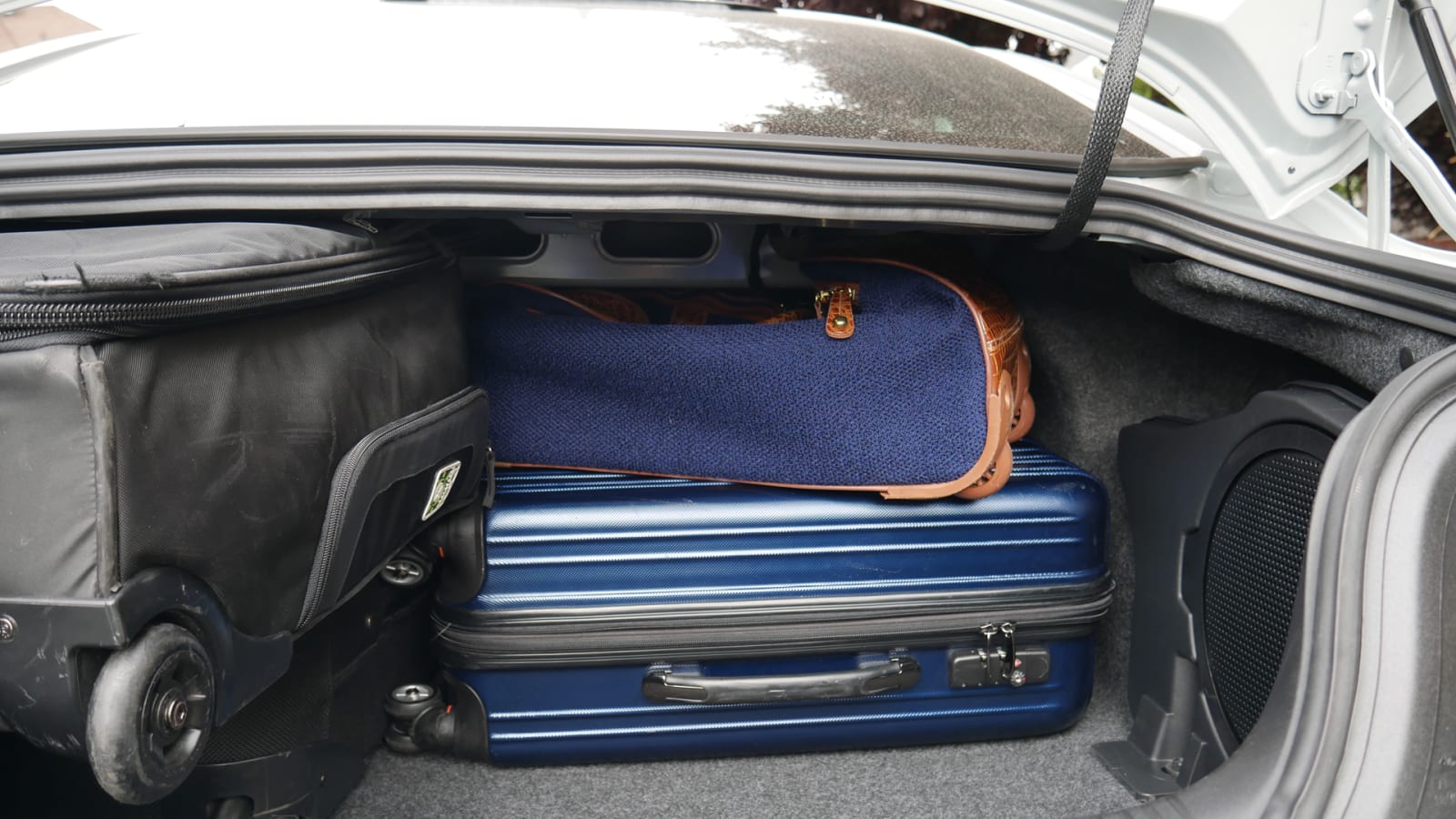 The fancy bag was also squished, but only the bits up top that are just there for fanciness. The bag’s usable volume would still fit. 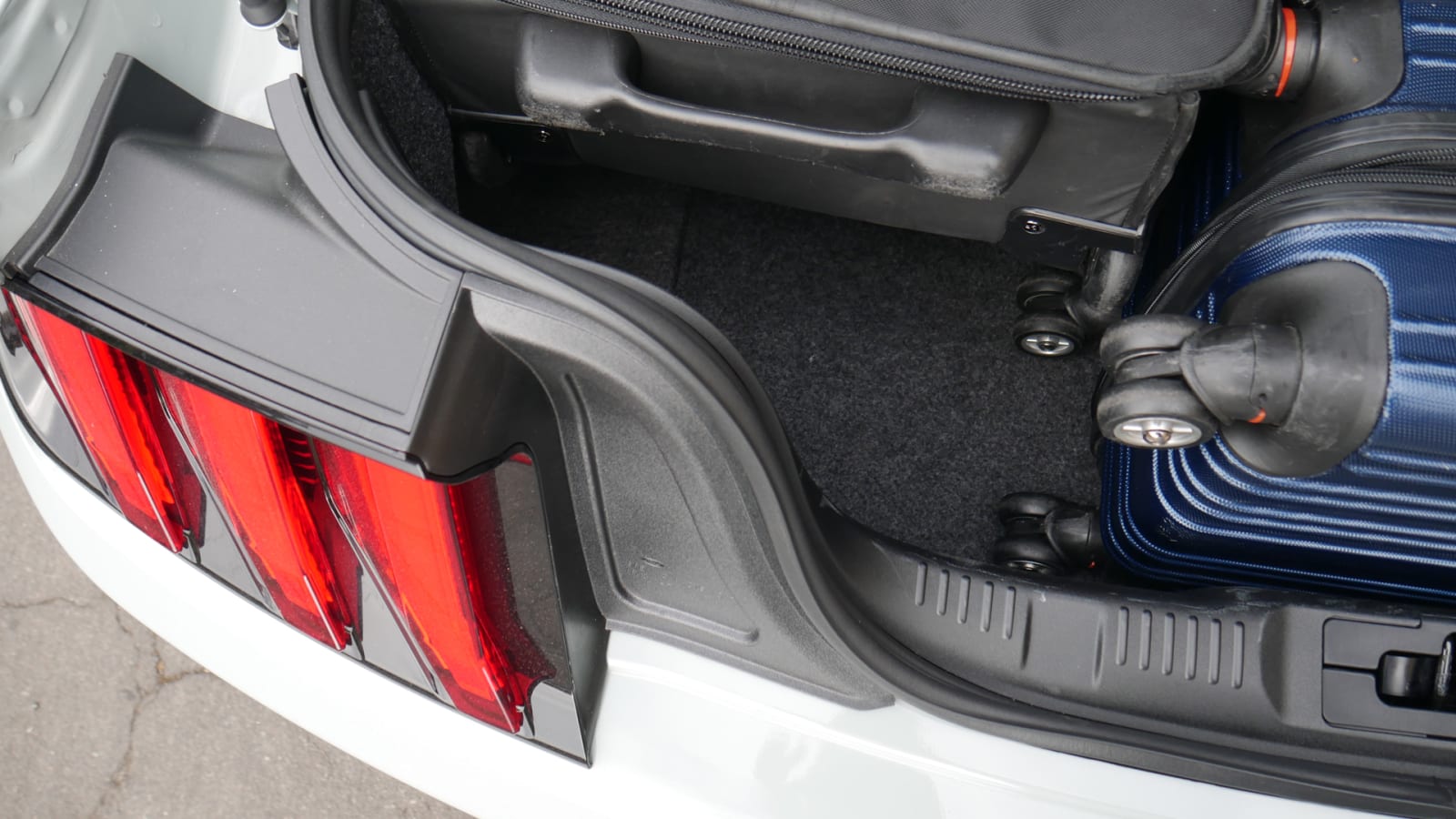 Also, there was room left over! For shoes or a small grocery bag, for instance. 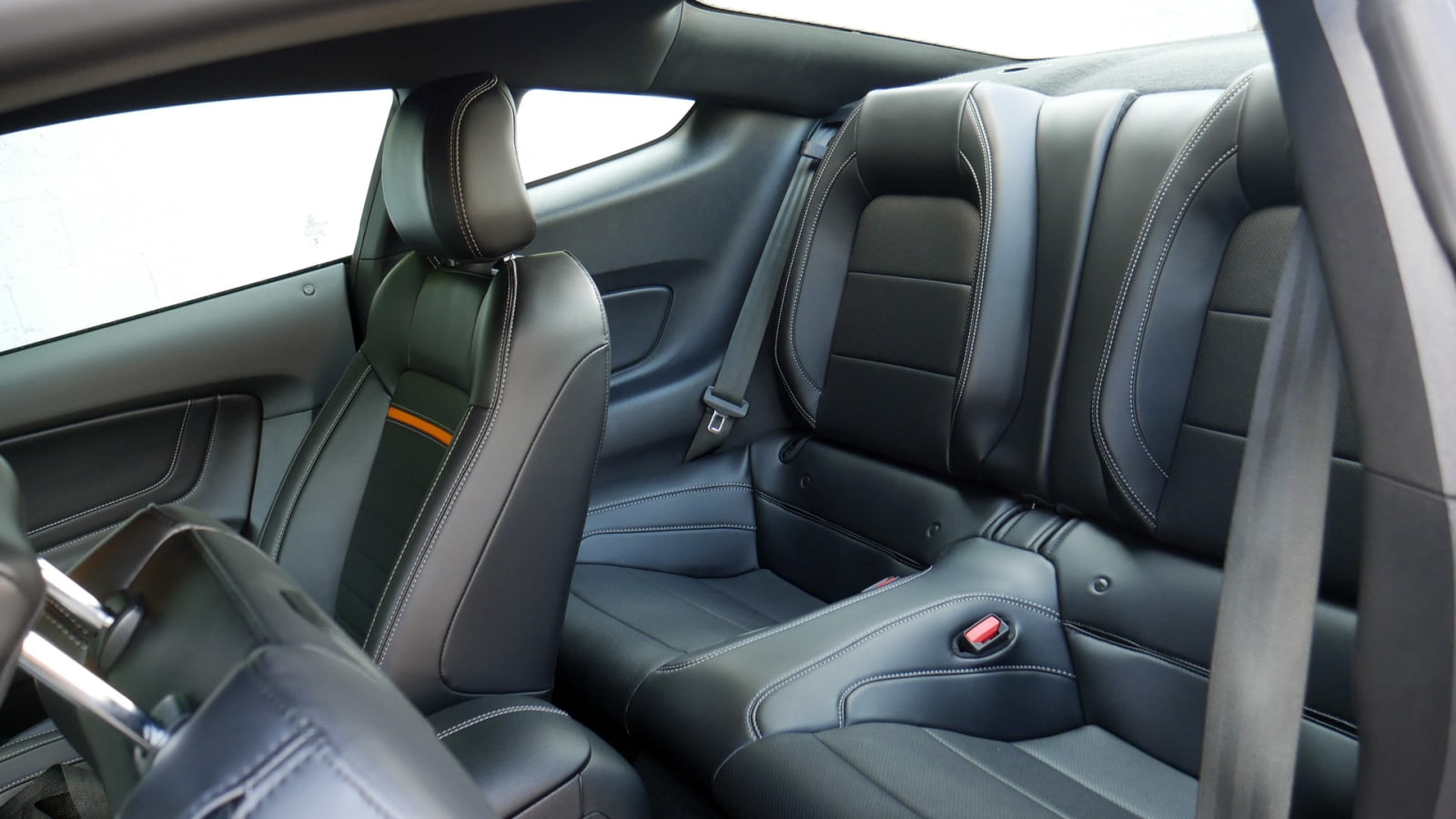 I should also note that the Mustang’s back seat is much better suited to storing stuff than people, so there’s even more potential here. The back seats are also roughly the size of a medium-sized dog bed, and I can confirm that my two 20-pound dogs loved sitting in the back of a previous Mustang test car.

For some comparison for the Mustang’s feat, note that this result was better than the Lexus LC and BMW 4 Series Convertible (probably the closest analogs to date). It could also hold more than the BMW 3 Series sedans, Polestar 2, the Cadillac CT4 and CT5, Audi Q3 and Range Rover Evoque.

And here’s the real kicker: It could fit the same number as the Mustang Mach-E. Now, was the electrified crossover exponentially easier to load? Oh yes, and there was more more left over. Nevertheless, both Mustangs could hold the same six bags. How about that.

Auto Experthttps://automobiledot.com
As an Editor and an Automobile Geek, it's my pleasure to share my knowledge about Automobiles and their various aspects that can impact our lives.
Previous articleUnregistered 1990 Mini Cooper with 39 miles on the clock up for grabs
Next articleThe New G42 2 Series Look Good in Live Photos