BMW’s new iX electric crossover was spotted earlier this week in Munich. BMW offers two optional customization choices for the iX: the Sport Package and the BMW Individual Exterior Line Titanium Bronze. The color palette is also pretty extensive and comprises both standard and BMW Individual shades, such as the Cashmere Silver metallic or the Aventurine Red II. The latter is the color seen on the iX below.

The real life photos emphasize the size of the iX which BMW says it has exterior dimensions of an X5, is as tall as an X6 and has the wheelbase of an X7. Of course, the kidneys are the most controversial thing on the iX. The tall and narrow grilles are paired with the slimmest LED headlights yet fitted to a BMW production model. And they certainly dominate the entire front fascia. According to BMW i Design chief Kai Langer who led the iNext and iX design, the controversial grille is a signature feature of the new look for its cars. 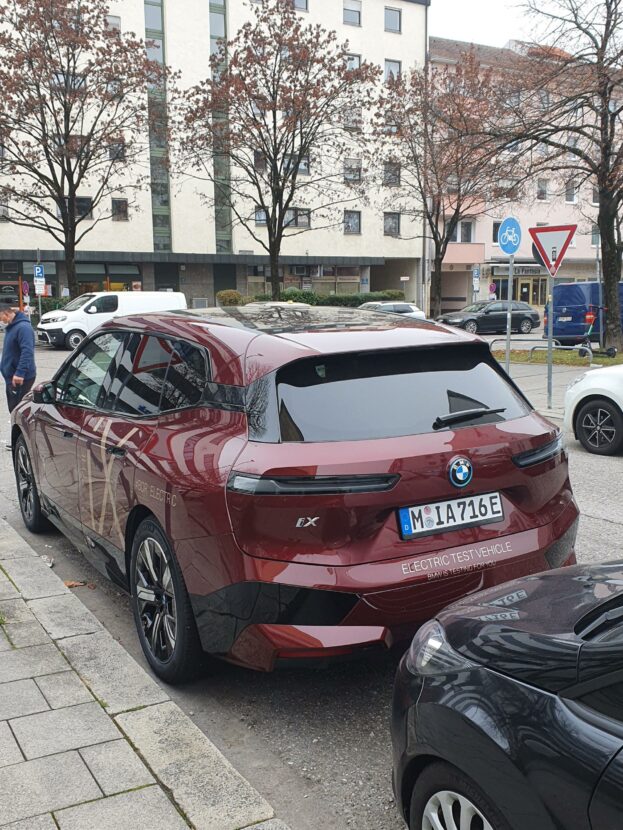 The iX electric flagship is underpinned by the latest, 5th generation BMW eDrive platform, which is also found under the new iX3 and will also make its underneath the upcoming i4. The architecture comprises the two electric motors, the power electronics, the charging technology and the high-voltage battery.

The power unit of the BMW eDrive is manufactured as sustainably as possible and, thus, rare earths are absent. The maximum output of the ensemble exceeds 370 kW / 500 PS (490 hp), while the acceleration from 0 to 100 km/h is possible in under 5.0 seconds. 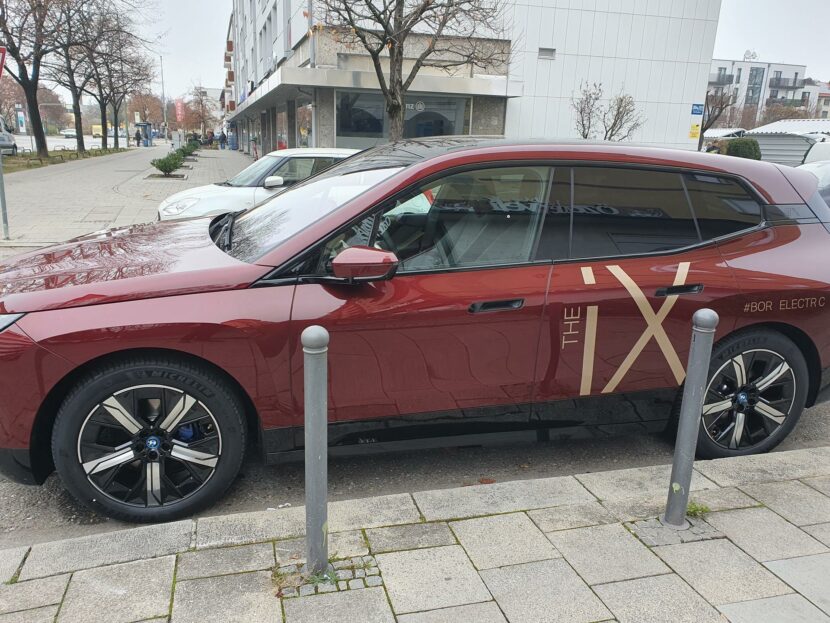 According to preliminary measurements, the 100 kWh gross energy content of the high-voltage battery is sufficient enough to guarantee an overall range of above 600 kilometers, in the context of the low combined consumption figure of 21 kWh / 100 km calculated as per WLTP cycle. In the EPA FTP-75 range test, the new BMW iX achieves more than 300 miles.

The new BMW iX electric SUV will go on sale in late 2021 in Europe. The U.S. market will get its first units in early 2022. Even though BMW has currently announced only the top model, we expect two additional iX variants to follow. We anticipate a base price in the $70,000 range for the entry-level model, and likely over $100,000 for the top model.

Auto Experthttps://automobiledot.com
As an Editor and an Automobile Geek, it's my pleasure to share my knowledge about Automobiles and their various aspects that can impact our lives.
Previous articleThis popular child car seat is on sale for a huge discount today
Next articleVideo Review: BMW M2 CS