The new 2022 BMW M240i (G42) was unveiled yesterday, nearly four months before it goes in production. A year later, in December 2022, BMW will introduce the new M2 based on the G42 platform. The G87 M2 is rumored to be the one of the most aggressive-looking M cars ever built with lots of styling cues inspired by BMW racing cars.

But ahead of that exciting unveil, we’re going to visually compare the new BMW M240i Coupe with the current generation F87 M2 Coupe. This is often an apples-to-oranges comparison, but in the case of the new G42 generation 2 Series, the M240i features a very dynamic and sporty design which brings it quite close to the F87 M2. It is also noteworthy that the new M240i comes with a power dome and M exterior mirrors, features that were not initially available on the M2. 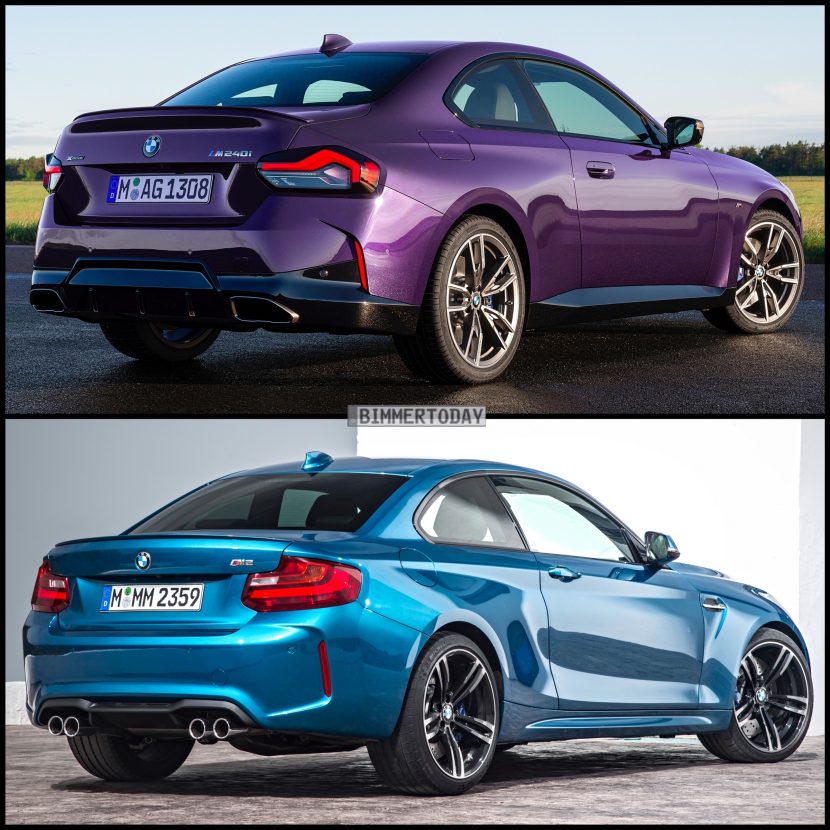 If you compare the dimensions and technical data of the F87 M2 and G42 M240i, the first thing you notice is the increased size. The new 2 Series is around eight centimeters longer, but even as the M240i, it is only around 1.5 centimeters narrower than the current M2.

Furthermore, the M240i G42 is 6 millimeters lower in height than the F87 M2. Even more impressive, however, is undoubtedly the track width on the front axle, because here the new M240i G42 has actually caught up with the M2 F87. In the back, the M2 only has a 32 millimeter advantage since M240i has to leave some leeway for widening for the G87 M2. 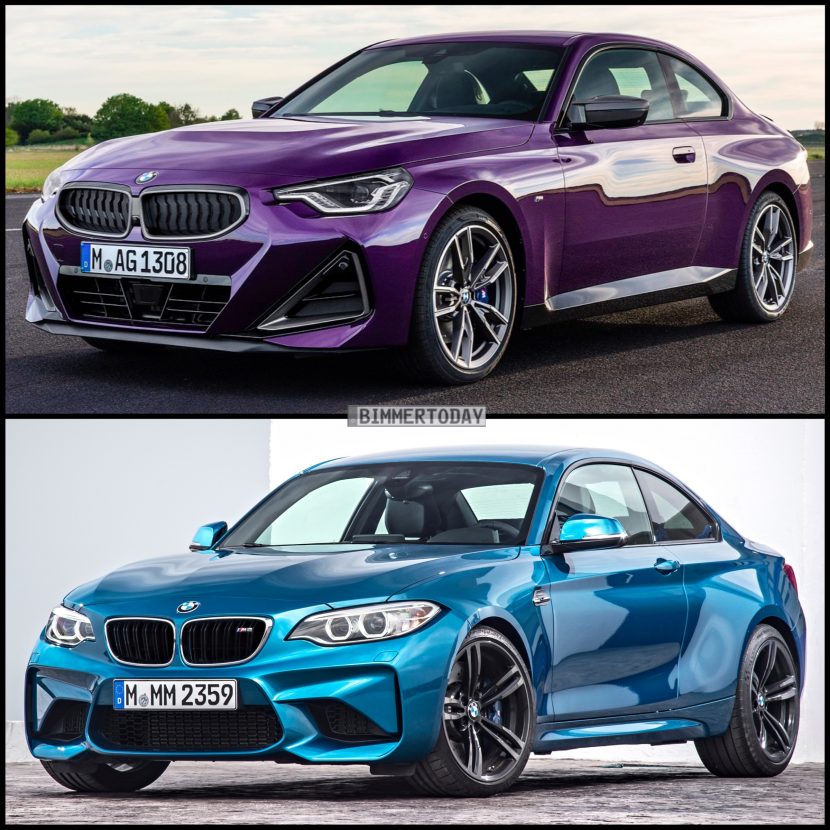 The similarities continue under the hood as well. The new G42 M240i features the B58 six-cylinder engine with 374 horsepower and 500 Nm of torque. The first edition M2 delivers 370 horsepower and 465 Nm of torque. Both cars send power to the rear wheels even though the M240i RWD will arrive after the xDrive version. 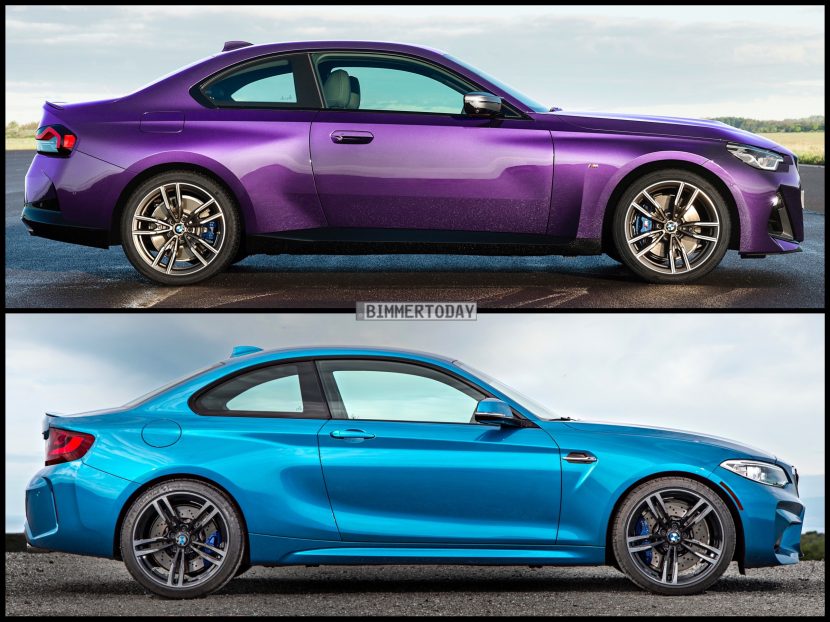 The biggest difference between these two models comes from the transmission of choice. The F87 M2 comes with either the fans’ favorite six-speed manual or the old timer 7-Speed dual clutch. The M240i will only be available with the highly efficient, yet less engaging 8-speed automatic. 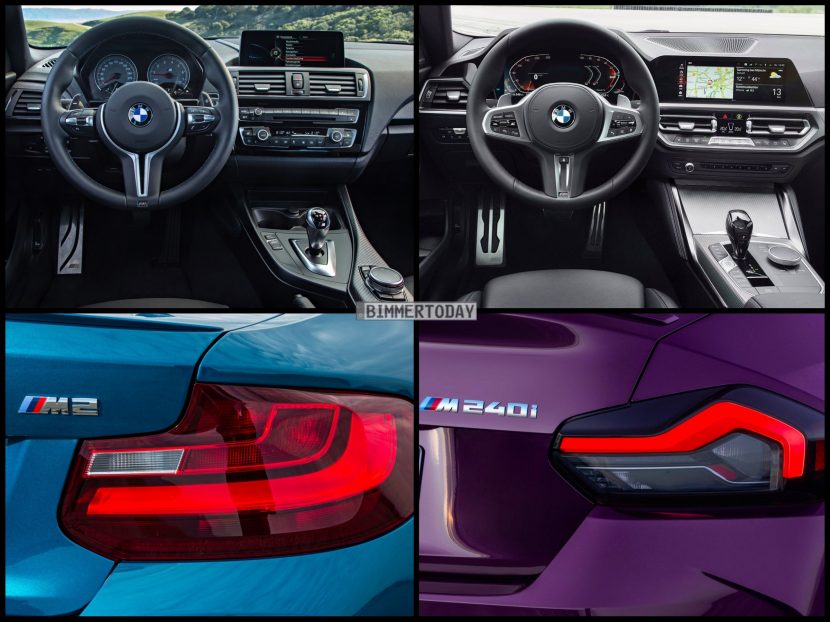 Certainly the new BMW 2 Series is a great foundation for the upcoming G87 M2. It is quite heavy at 200 lbs over the F22 2 Series, but the next M2 should employ some weight savings techniques to keep things in check. Also, a quick look at the design sketches of the new 2 Series reveals some exciting design cues which hopefully will end up on the G87 M2. 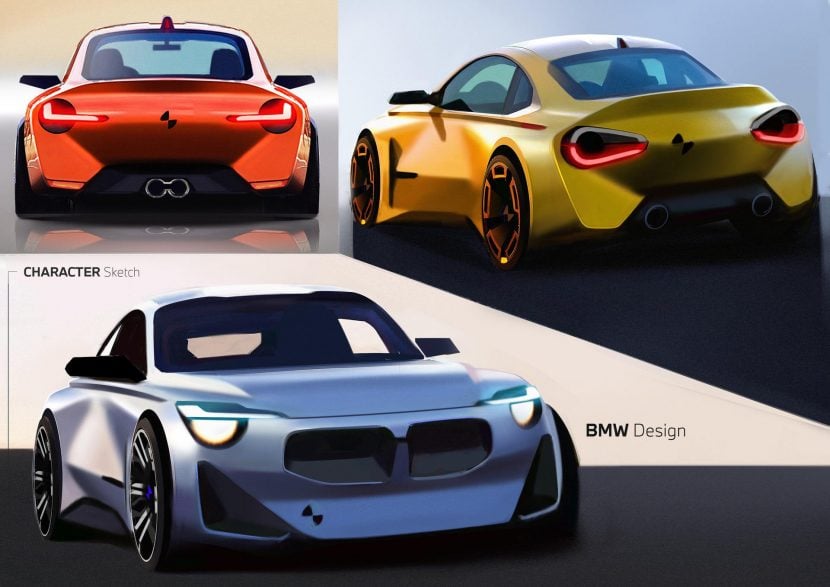 Auto Experthttps://automobiledot.com
As an Editor and an Automobile Geek, it's my pleasure to share my knowledge about Automobiles and their various aspects that can impact our lives.
Previous articlePearl Yellow 2012 Lexus LFA with 72 miles sells for $808,000 on Bring A Trailer
Next articleBMW M2 Comp vs Alpine A110 vs Porsche Cayman