The BMW M4 has several competitors but none are as important as the Mercedes-AMG C63 S. BMW and Mercedes have been going head-to-head for longer than almost any other automotive brands and it’s the rivalry BMW cares about most. So when the new BMW M4 Convertible debuts, its main competitor has to be the Mercedes-AMG C63 S Cabriolet.

I won’t lie to you, folks, this one isn’t going to be pretty for the Bimmer. While the new M4 Convertible beat out its predecessor in a previous comparison, it’s going to have a much tougher time with its rival from Stuttgart. To be fair, though, most cars would, as the AMG C63 is a stunning looking car in any body style. With that in mind, let’s jump in. 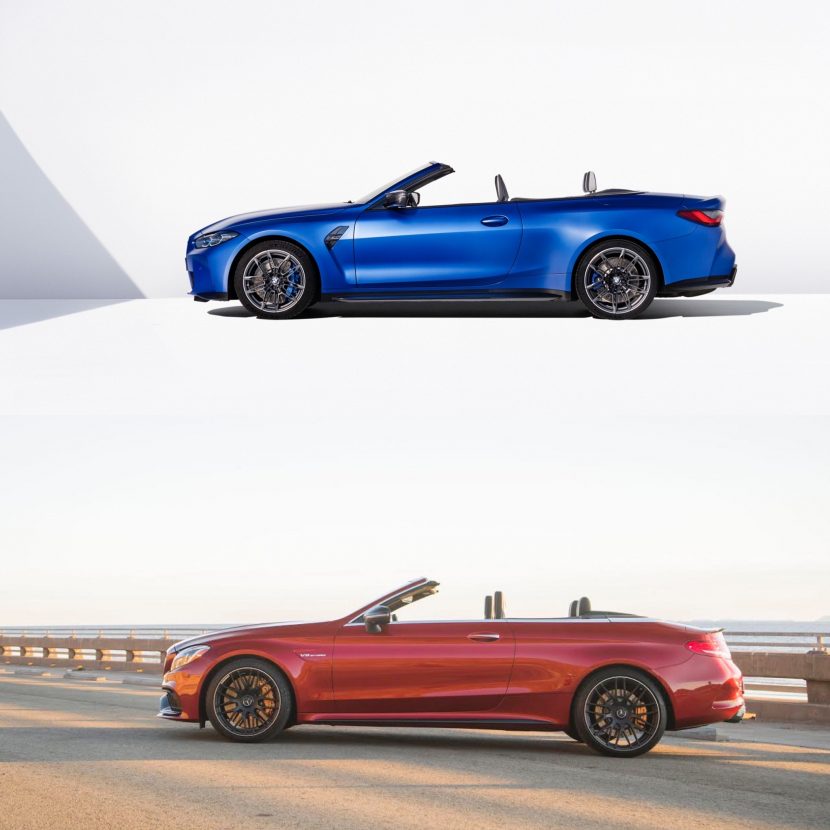 There’s no getting around the fact that the new BMW M4 looks bonkers up front. Its massive grille is cartoonish, which is putting it lightly. There’s just nothing elegant about the front end of the new M4 in any iteration. While the AMG’s front end is classy, sophisticated, and handsome. It’s a lovely front end and one that will look good for decades. So it wins.

In profile, the BMW M4 Convertible does fight back. It’s actually a tough call, to be honest, because both cars look quite good from the side, especially with their roofs down. I really like the AMG a lot but I think the M4 takes it, here. It looks a bit sportier and more muscular, which makes me want to drive it more. That said, it’s a close call, as the AMG is a great looking car. 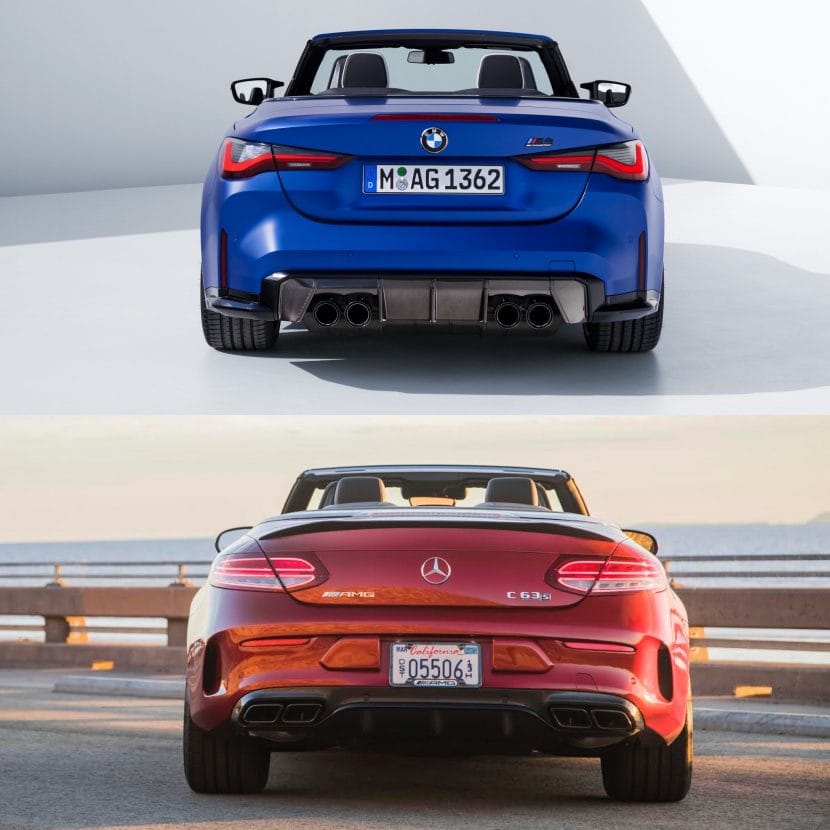 Out back was another close call but I have to hand it to the AMG. Its taillight design is both more interesting and cleaner, which will allow it to age gracefully, while the M4’s slightly awkward, very aggressive taillights likely won’t age well. Also, the square exhausts of the AMG make it a bit more special looking.

Overall, the Mercedes-AMG C63 S Cabrio has to take the win here. I personally think the M4 Convertible is a good looking car, one that I would drive myself, but the C63 is just such a classy, timeless shape. If you don’t believe me, just remember that the AMG is already four years old and it looks every bit as modern, if not more so, than the hyper-aggressive M4. How they drive might be a different story entirely but, as far as how they look, the AMG takes the win, here.

Auto Experthttps://automobiledot.com
As an Editor and an Automobile Geek, it's my pleasure to share my knowledge about Automobiles and their various aspects that can impact our lives.
Previous articleG83 BMW M4 Convertible vs F83 BMW M4 Convertible
Next article2023 Mercedes-Benz AMG C63 Wagon spy shots: More power, fewer cylinders