The 2022 Ford Maverick is the compact pickup buyers have been clamoring for since the last-generation Ford Ranger was killed off a decade ago. While it is fundamentally different in basically every way, Ford is hoping the Maverick will recapture some of those lost shoppers while drawing in new ones who are attracted to its frugal hybrid powertrain, refined unibody road manners and bargain-level entry price – just $19,995 ($21,490 with the $1,495 destination charge).

Maverick will be a true compact pickup in the vein of the old Ranger – the one Ford discontinued in 2011 – but with an entirely different underlying platform. The Maverick is based on a unibody, front-wheel drive chassis. It’s about almost a foot shorter than a Crew Cab Ranger and nearly three feet (32 inches) shorter than a Super Crew, short-box F-150. Pricing matches up, with the top-trim Lariat starting just over $25,000 before destination — a couple grand cheaper than the Ranger.

The entry-level XL comes standard as a front-wheel drive hybrid with 191 total horsepower. From there, you can upgrade to a 250 hp turbocharged gasoline engine with 277 pound-feet of torque and available all-wheel drive. Ford expects the hybrid model to be rated at 40 mpg city, 33 mpg highway and 37 mpg combined. Yes, those figures are for the base model. Front-wheel-drive models are paired to a semi-independent twist-beam rear suspension, while the AWD turbo gets a fully independent rear setup. The keen-eyed reader will observer that we seem to be skipping at least one critical configuration there; we’ll come back to that.

What can it do?

The Maverick’s towing and payload specs slot in neatly beneath the Ranger’s, too. Base towing is 2,000 pounds, with up to 4,000 available on the gas-engine model with a supplemental towing package. Maximum payload for both models is 1,500 pounds – not too shabby. Absent here are any of Ford’s advanced new bed features, such as the Pro Power Onboard or tailgate work surface options offered on the F-150. The Maverick does have pre-wired 12-volt pickups behind grommets in the bed for those who want to add powered aftermarket accessories, and there’s an optional 400-watt 110V hookup available in the bed for those who need to power basic tools or tailgating accessories.

The 4.5-foot bed is wide enough to fit a 4×8 sheet of plywood above the wheel wells, and has formed-in supports to accommodate just that. The tailgate can be dropped completely or locked at 45°, at which angle its height aligns with the aforementioned supports to keep your 4x8s flat. In this position, the tailgate can support up to 400 pounds. With the tailgate flat, the load floor of the bed extends to 6’.

Inside, the Maverick is a blend of Escape and Bronco Sport styling cues, with a few unique touches to set it apart. Materials are on the hard-wearing and plasticky side, but the design is interesting and attractive. The standard infotainment system is an 8-inch widescreen unit which is retained in upper trim levels, albeit with more capability (navigation, advanced Sync features) backing it up. The interior is replete with storage bins and cubbies, and there’s even a large under-seat storage bin beneath the second row with an easy-to-clean finish for items that are too precious for the bed, but too dirty for the floor. 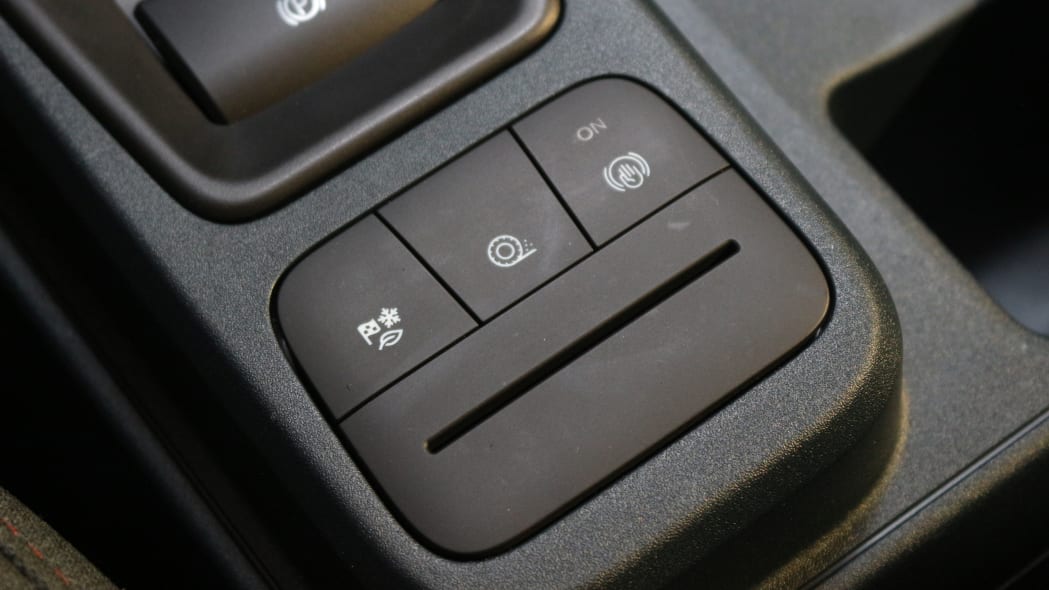 A-ha, the elephant in the room. Ford will not offer the Maverick hybrid with all-wheel drive at launch. If that seems like a huge miss to you, you’re not alone, but if there’s anything we’ve learned from pickup builders as a whole, it’s that they listen to their customers. If you want that configuration, say so. Use the comments here, in fact. Trust us. Ford is reading.

The reality is that Ford can do a lot more than what we see here thanks to the platform underpinning the Maverick. It’s the same global compact architecture found in the Escape, Bronco Sport, Kuga and Focus (RIP), and anything bolted to one of those could feasibly make its way into Ford’s new pickup, from the Bronco Sport’s available twin-clutch rear differential to the Escape’s available plug-in hybrid powertrain, it’s all on the table. 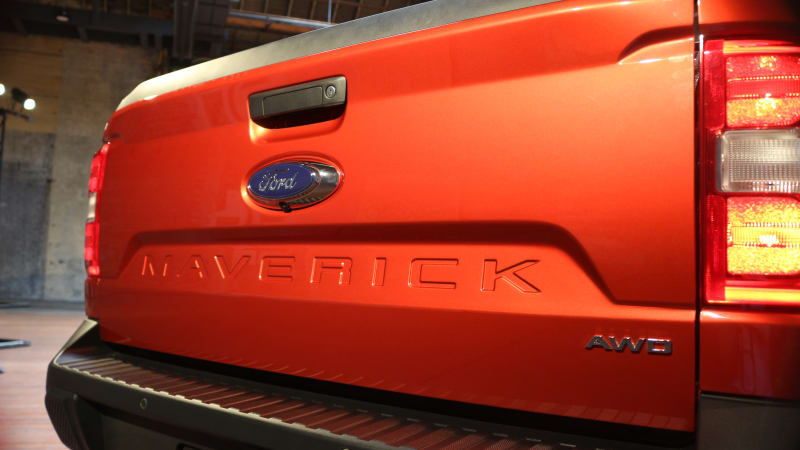 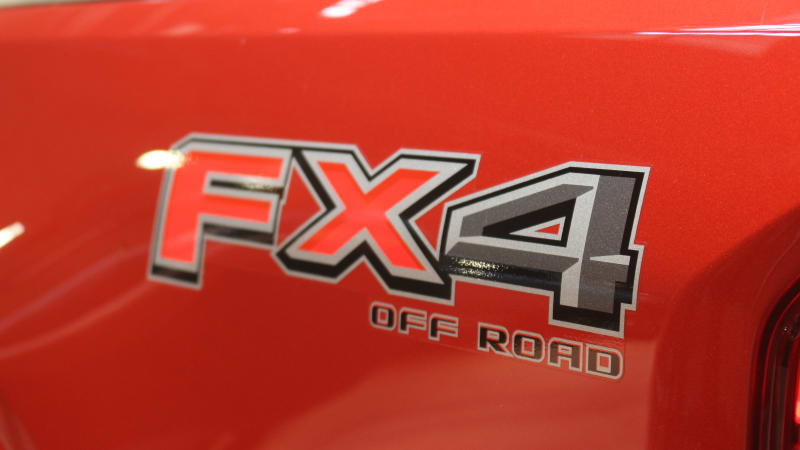 But what about right now?

But even as it sits, the Maverick’s list of superlatives is impressive. It will be the cheapest vehicle in Ford’s lineup and the cheapest hybrid in the market, period. It should go without saying that it will also be the cheapest pickup money can buy – at sticker, anyway – which should help Ford attract not just truck buyers, but those who want something inexpensive from a domestic dealership. In that sense, the Maverick not only replaces the old compact Ranger, but the Focus and Fiesta too, and Ford hopes it will recapture some of those buyers who may have followed the company’s compact four-doors out the door.

Ford is betting big on going small. Maverick is cheap and a hybrid; that’s noteworthy on spec, but there’s more to it than that. Hybrids have established themselves as frugal vehicles to own, but they’re often more expensive to buy up front, at least compared to their equivalents. Maverick, being in a class of one, has no such contemporaries. The Maverick isn’t alone in this, necessarily, but it’s the sole example with a starting price under $19,995 (before destination) and certainly the only one with a pickup bed.

Hyundai’s baby Santa Cruz utility is built on a platform with an existing hybrid too, but its higher price point and CUV appeal may leave some utilitarian buyers wanting, and no electrified variant has thus far been revealed. For now, Ford’s baby pickup will anchor the economy end of the pickup market unopposed.

Auto Experthttps://automobiledot.com
As an Editor and an Automobile Geek, it's my pleasure to share my knowledge about Automobiles and their various aspects that can impact our lives.
Previous article2023 Kia Sportage takes on dramatic look
Next article2022 Ford Maverick size comparison: How big is it vs. Ranger, F-150?