Turns out the Autoblog crew likes yellow electric trucks. Who knew? Rivian has officially opened its configurator to the public, so of course we all had to dive in and build our ideal Rivians. Both the R1T and R1S builder tools went live at the same time, so we decided to make body style one of the options. Pickup or SUV? Then Rivian has a couple packages to choose from, a whole array of paint colors and a few interior trim options, too. Early returns from the Rivian Owner’s Forum indicate that folks are favoring the pickup by a wide margin (about 2:1) over the SUV. You can see a spreadsheet full of orders to get an idea of how others are configuring their trucks.

As is typically the case, we largely stuck to interesting colors. Though even some of the more drab shades of gray or silver look excellent on the R1T and R1S. Nobody was even allowed to choose the fancy Launch Edition, since those are officially sold out — Rivian has greyed-out the selection box on its configurator. That being the case, anybody that builds one now won’t get it until January 2022 at the earliest. Here’s the link to Rivian’s site if you want to build one yourself.

Below you’ll find all of our editors’ builds.

West Coast Editor James Riswick: First, let’s just take a moment to applaud Rivian for offering both the R1T and R1S in not only colors, but vibrant ones. Huzzah!

Now, I really don’t need or want a truck, regardless of whether it’s powered by gasoline, diesel or electricity. As such, I’d be getting the R1S. But beyond my preference for SUV over truck, I really dig its look as an SUV. Long roof, lots of ground clearance … I have a type. Also, when painted yellow, it reminds me of the second-gen Range Rover, Land Rover Discovery and even a Toyota FJ Cruiser when they were painted yellow. Rivian’s Compass Yellow is also reminiscent of Lexus Solar Yellow, which is sensational.

I further went with the base Explore Package. I’d save 7,500 imaginary dollars and really only give up some underbody shielding, tow hooks, a fancy sound system, ventilated seats and natural wood trim. I’d also be giving up the opportunity to pay even more for the Adventure’s green interior option, but that would definitely not go with yellow and the shade is a tad to reminiscent of my parent’s pistachio appliances from 1979. The exterior is loud enough, I’ll stick with black. 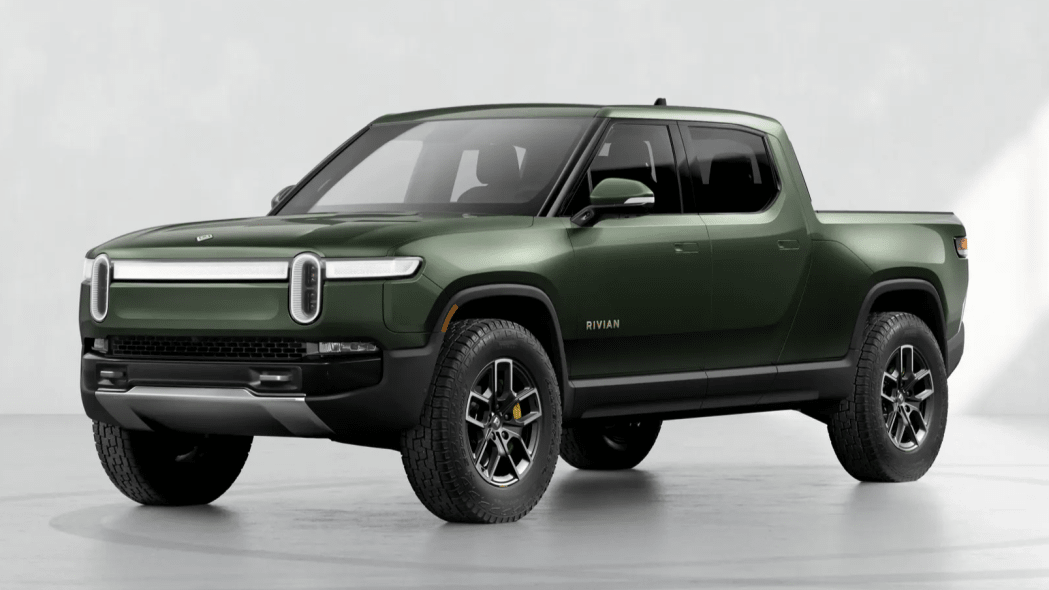 Consumer Editor Jeremy Korzeniewski: I agree with James that the Rivian R1S looks sensational in yellow. But I’m going to go with the R1T pickup truck because it would allow me to use one vehicle for so many disparate use cases. And I’m gonna have it painted green. And yes, I’ll pair that with the 70’stastic avocado green interior, thank you very much.

I went all out with my build, opting for the Adventure Package and the Max pack extended-range battery option. This is going to be a pricey electric truck. I added the $1,800 off-road wheel and tire package and the optional Camp Kitchen, because that would be one of the main uses for this truck: off-grid camping. That brings the total to $93,500. I’m not saying I’d actually spend my own money on this particular R1T, but I’d be tempted. 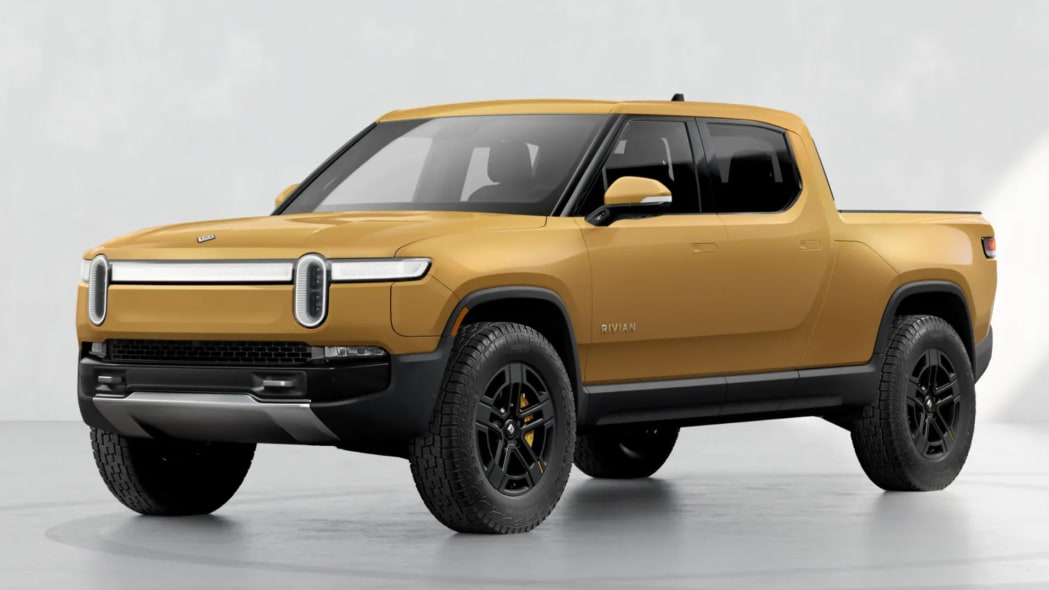 Road Test Editor Zac Palmer: I’ve seen the Rivian R1T in two different colors now: LA Silver and Rivian Blue. The blue is superb, but when I saw you could have the truck in yellow, I knew it was going to be the one for me. Plus, the Compass Yellow paint is the same shade of yellow you’ll find on the brake calipers and throughout the interior. I dig the consistent theme, and yellow also just happens to be my favorite color.

For wheels and tires, I went with the dark-painted 20-inch wheels wrapped in all-terrain rubber. The black wheels make the yellow calipers within pop even more, and the meatier rubber should result in a better ride. As for the interior, I was torn between the Forest Edge and Ocean Coast options. Neither are boring, but the $2,000 green upholstery is just too cool for me to pass up. I think it fits the outdoorsy feeling of the truck perfectly, especially when combined with the dark wood trim. I would feel like I’m in a green forest each time I go for a drive, and that’s mighty appealing in an electric truck. As for other extras, I ponied up the $7,500 for the Adventure Pack. It has the off-road upgrades and yellow interior accents I want, and the other tech items look worth the extra dough, too. I skipped the Camp Kitchen, because frankly I want to cook by fire when I’m out camping anyway. All in, I’m sitting at $83,000. 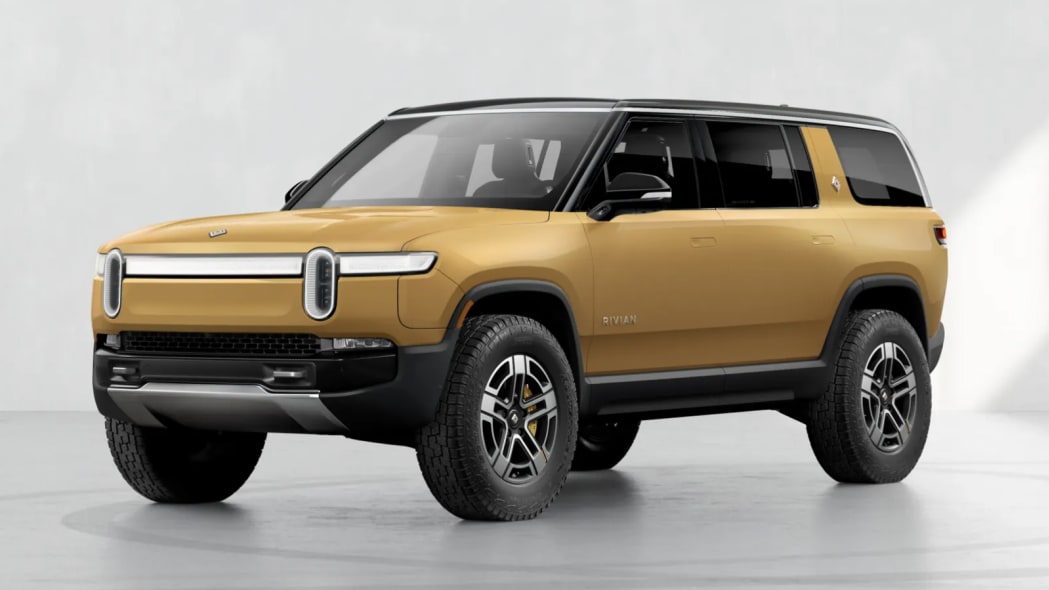 Senior Editor, Green, John Beltz Snyder: Yeah, that yellow R1S is the one to have. That Compass Yellow reminds me of the yellow I wish I’d gotten for my old 2004 Subaru WRX. I’d pick the lesser Explore package, but add the off-road goodies and 20-inch all-terrains. I like the light “Ocean Coast” interior. I’m going with the seven-seater to accommodate more than just my family of four when needed.­ For $76,300, I’ve got a festive electric SUV that gets the whole Snyder crew — pups included — up to our cottage, and allows us to confidently explore some of the scenery off the beaten path. 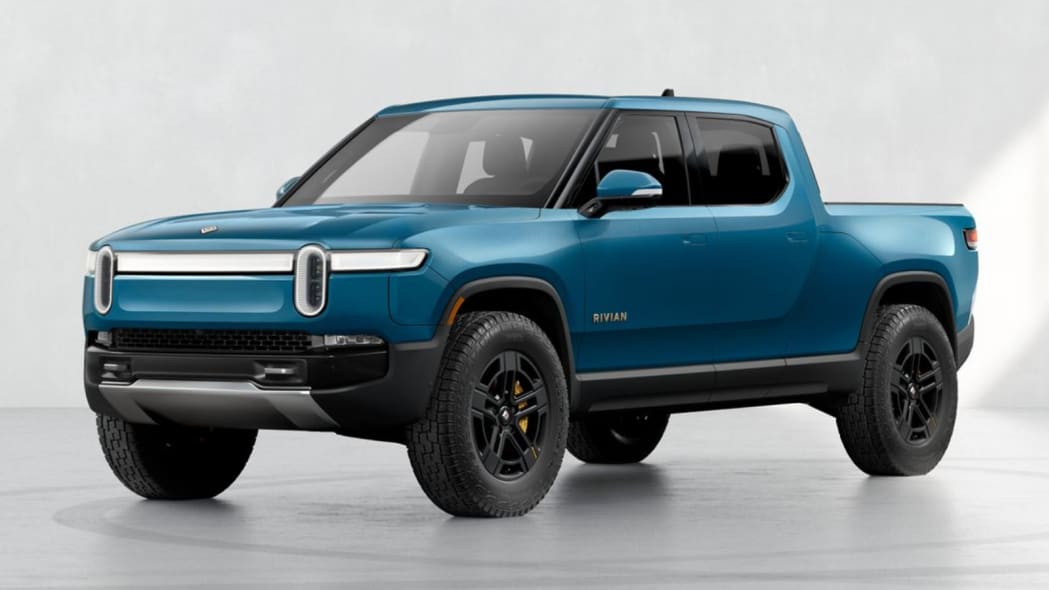 News Editor Joel Stocksdale: I’m going with an R1T. I like the look of the truck a little better, and I have more use for a truck bed than a big hatch or a third row seat. I’m also going with the pricier Adventure Package, and that’s almost exclusively to get the gorgeous Ash wood trim. The other interior amenities and off-road upgrade are just icing on the cake. And while I’d probably go with the green on green combination that Jeremy picked if I were really buying one, I’m going with something else to be a little different. I like blue in general, so the gorgeous Rivian Blue is right up my alley. I’m also going with the black interior that matches the blue better than the green interior. Plus it’s less likely to stain than the bright white interior. The black interior will accent the 20-inch black wheels with all-terrain tires I would choose, too. The one option I would skip is the larger battery pack. The standard 300 miles or more of range would be more than enough for my needs, especially with DC fast charging capability. All in, my truck comes to $81,000. 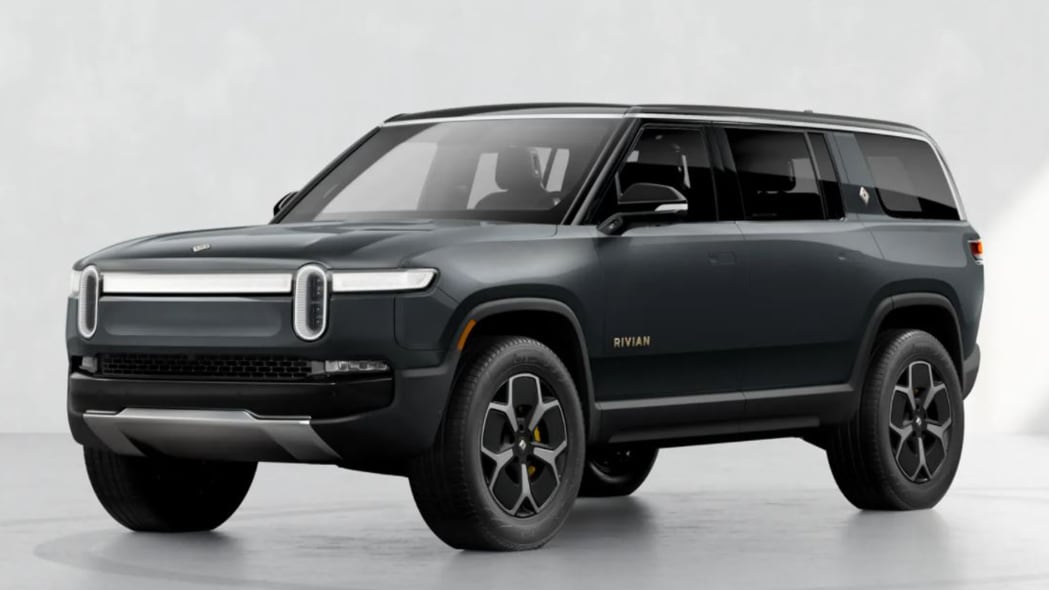 Associate Editor Byron Hurd: I decided to go with the R1S, and despite my love of flashy paint jobs, I decided to go with El Cap Granite for the SUV’s exterior. I think it looks nice with the contrast of the front lighting elements. The “basic” Explore interior suits me fine, even if that available Ash trim is quite enticing, and I also went with the five-seat config since I’d have no need for the extra row. After looking at the available off-road goodies, I passed on both the package and the wheel/tire options. They’re fine, but I’d probably wait and see what the up-fitting options look like after I’ve had a chance to feel the truck out a bit and get an idea of how much off-pavement time I could realistically get with it. All-in, my build checks in at $71,500. 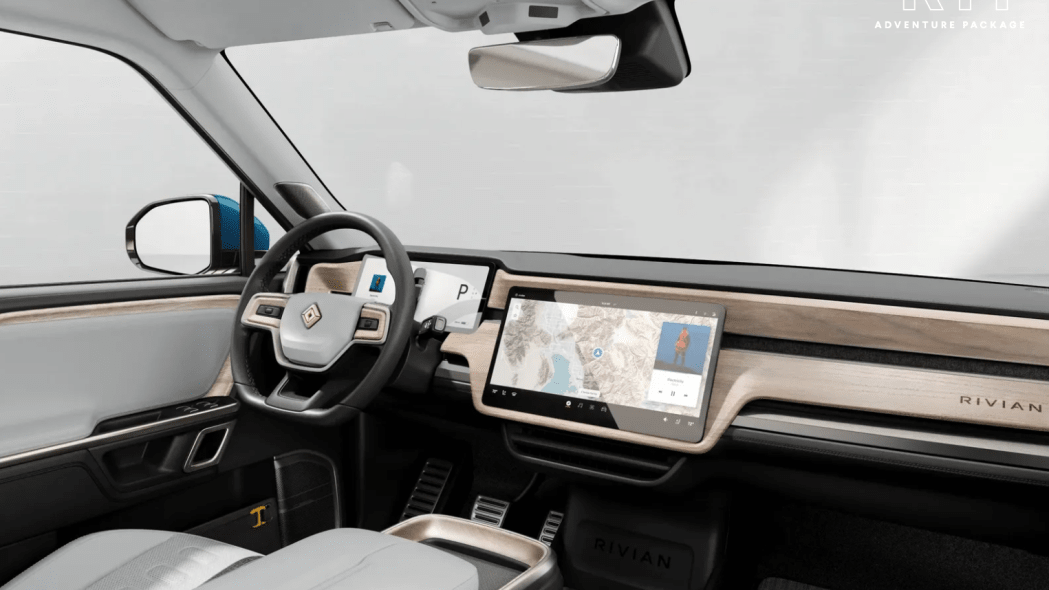 Managing Editor Greg Rasa: First, re: R1T vs. R1S, a truck has more utility, and a four-door truck is practically an SUV anyway. Next, I’m unsure about the Rivian colors, at least based on how they look on the configurator. The green and yellow might grow tiresome to live with, and the particular shade of red didn’t appeal. Also, I’ve also never warmed up to Rivian’s dead-eyed-robot headlights (though I otherwise love the design). So I considered going with white paint, which deemphasized the headlights, but instead landed on Rivian Blue. It’s the most expensive choice, at $2,500, so it must be the best, right? This is the same color Joel chose, but I went with the Adventure Package’s upscale white Ocean Crest interior with the beautiful woodwork. This truck pencils out at $77,500, so the white interior will be fine because I am never, ever going to get a vehicle that expensive dirty. Which is why I didn’t spring for off-road tires and wheels. Final point: I skimped on the battery. A 300-plus-mile range is more than enough for anybody.

Auto Experthttps://automobiledot.com
As an Editor and an Automobile Geek, it's my pleasure to share my knowledge about Automobiles and their various aspects that can impact our lives.
Previous articleYakima CBX Review | Cargo box dimensions, capacity, noise and installation
Next articleLimited-edition Bugatti Chiron Sport Les Legendes du Ciel unveiled