5 Best Features Of The BMW iX

BMW fully revealed the iX last week, including all of its technical specs and details. After seeing the full picture, it’s hard to not feel as if the iX is the most impactful BMW since the i3. It is by far the most advanced BMW ever built and one that aims to take the company into an electric future. The BMW iX might not be a typical enthusiast’s BMW but it seems to be shaping up to be an excellent electric vehicle.

And if you’re a techy, you’ll have plenty of gadgets and nifty features to play with. Today, we’re going to outline some of the best and coolest features of the BMW iX. Things like the impressive driving range or power are excluded for now, even though they’re absolutely worth a mention. 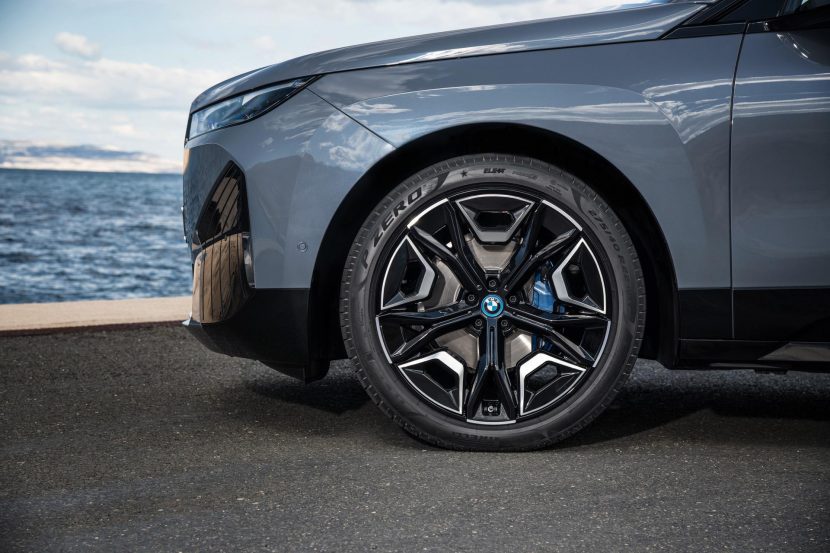 The aero wheels are not only functional, but also good looking. They’re equal parts stylish and functional, as they do reduce aerodynamic drag significantly enough to warrant getting them. Plus, they add to the car’s interesting, more futuristic aesthetic. There’s no chance anyone mistakes a BMW iX with a BMW X5 and that’s a very good thing. If BMW wants to pull X5 customers over to electrification, the iX needs to look and feel more special. 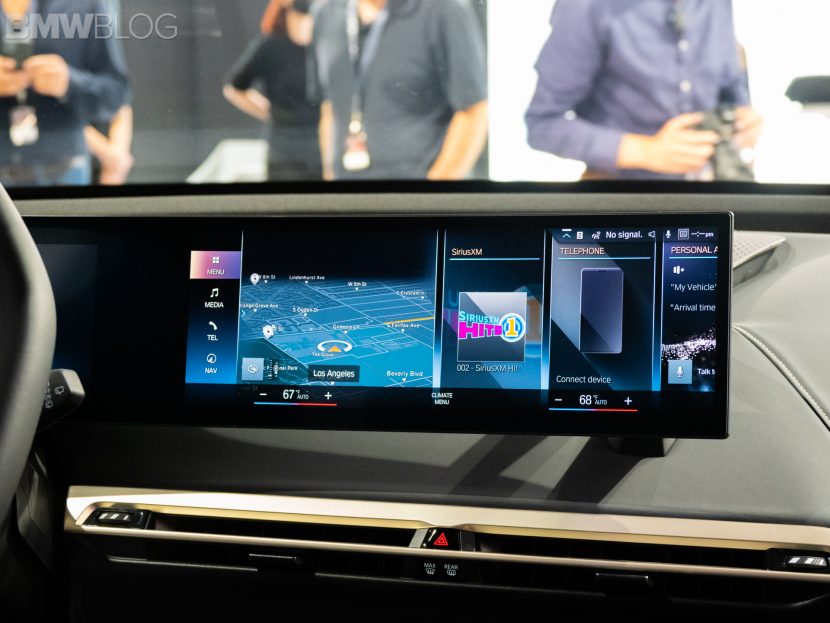 BMW’s latest iDrive 8 not only features an all-new screen but the graphics are massively improved. They’re crisp, futuristic looking, and easy on the eyes. It’s easier to read and navigate than the current system’s stark black, white, and red color palette. More importantly, BMW improved functionality a ton, revamping how the UI works and making it more intuitive. There are also interesting new features, such as being able to being the entire climate control system up on the screen or using digital versions of BMW’s preset buttons at the top of the screen.

The new BMW iDrive 8 was designed with a focus on dialogue-based interaction using natural language and on touch operation. There are also new features which expanded capabilities of the BMW Intelligent Personal Assistant, which uses a new graphic to communicate with the vehicle’s occupants. 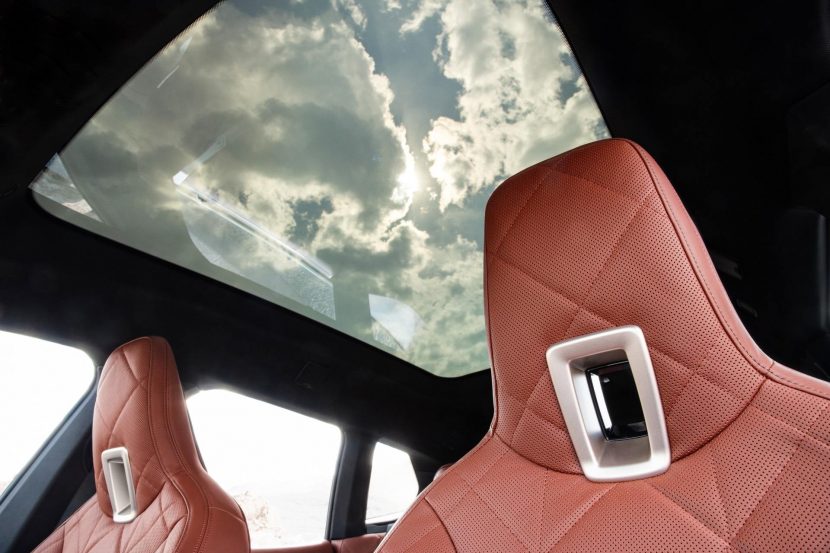 This single-piece transparent glass roof spans the entire interior without any cross struts to break it up. It is also the largest glass roof ever fitted in a BMW model. The roof features PDLC (Polymer Dispersed Liquid Crystal) technology for shading the interior. The panoramic glass roof’s transparency is altered by applying a voltage to the middle layer of film. 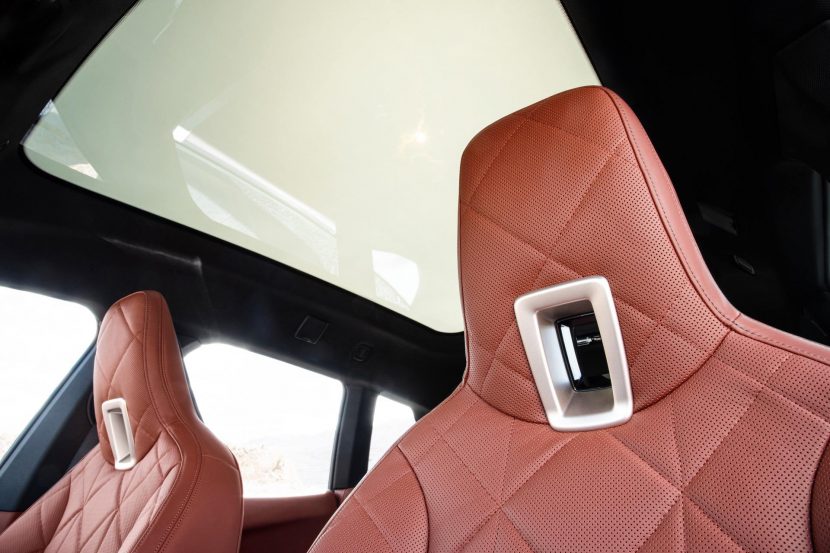 It takes less than a second for the crystals to distribute themselves in a disorderly pattern that creates the effect of shade. This electrochromic shading can be activated and deactivated using a button in the roof function centre. The shading mode is activated automatically once the BMW iX has been parked. 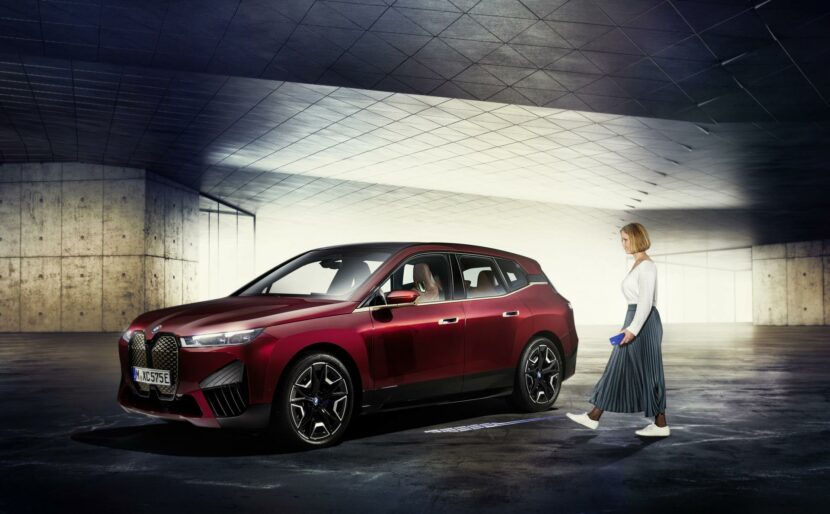 When you walk up to the car, the BMW iX now performs “Great Entrance Moments”. How is that possible? Using UWB (Ultra Wide Band) radio technology, the BMW iX knows when the driver is approaching it and knows exactly where the driver is, within a few centimeters. Once the driver gets within three meters, the iX performs a bit of a welcome but doing an exterior and interior light dance, unlocking the car, creating a light carpet next to the door, and prepping the interior. While all of that is happening, the iDrive system is getting ready and all of the car’s interior seating surfaces are heating up, if it’s cold outside.

The feature will be available at the end of 2021 and it was just announced today by Apple as well.  Apple and the BMW Group have been working closely together with
the Car Connectivity Consortium (CCC) to develop the Digital Key Release 3.0 specification for UWB, which will serve as a global standard for both the automotive industry and smartphone manufacturers. 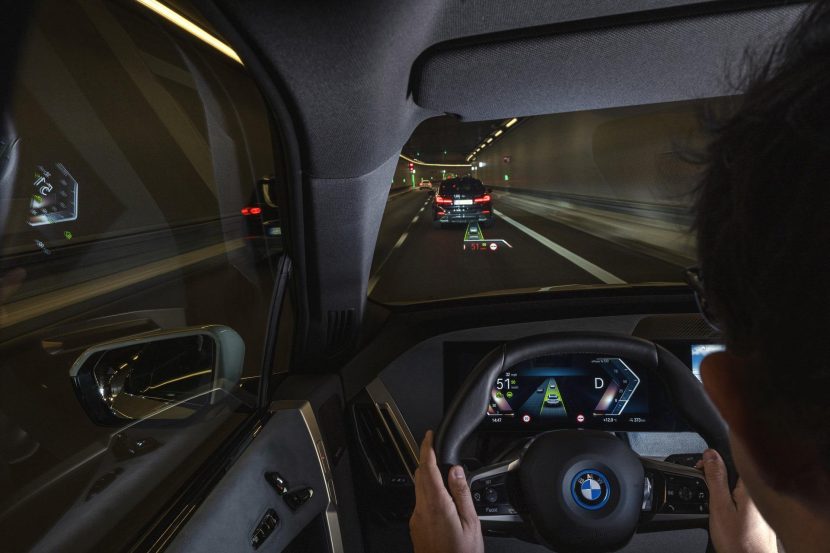 This new feature works in conjunction with the overhead interior camera which is triggered when the alarm system goes off. The iX’s owner is then notified on its smartphone and he’s able to access and save the pictures from both the interior camera and the cameras at the front and rear of the vehicle and on its exterior mirrors. The images can also be combined to form a 360-degree panoramic view.

And while the BMW Remote Theft Recorder is meant to be a safety feature, the overhead camera can be used in a fun way as well. The driver and passengers can take snapshots during a road trip, allowing them to capture special moments and share them with friends and family. Pictures can be taken by voice command, gesture or touch control, and there is also the option of a self-timer (three second delay).

The camera system can even be set to only take a photo when at least one of the occupants is smiling. The camera operates in HDR mode, while the night mode produces sharp black-and-white images even at night or in low light conditions. Pictures can be shared by simply scanning a QR code in the control display with any smartphone connected to the car via WiFi. 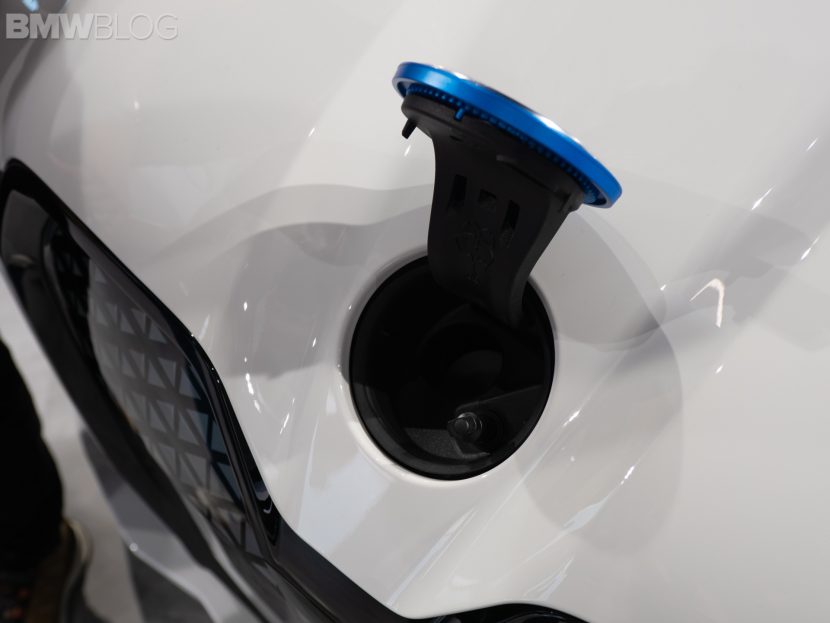 The BMW roundel on the hood has a functional component. It now serves as the filler neck for the washer fluid sent to the windscreen and rear window wipers. It opens and closes again – once the fluid has been topped up – with a gentle push. A gimmick? Yes. Useful? Certainly!

Auto Experthttps://automobiledot.com
As an Editor and an Automobile Geek, it's my pleasure to share my knowledge about Automobiles and their various aspects that can impact our lives.
Previous articleUnique Master Class BMW 7 Series visits BMW Abu Dhabi
Next article1970 Plymouth AAR ‘Cuda heads to auction