About a week ago, the next-gen 2 Series Coupe was caught doing some camouflaged testing in Munich. Those photos excited the fanbase, as enthusiasts of the brand are happy to get any sort of news about a proper BMW. With so many Bavarian products debuting with unusual drivetrains, funky styling or both, fans are happy to see proper rear-wheel drive, normal looking BMWs of any kind and the 2 Series proved to be just that. Thankfully, some more spy photos have surfaced, this time from Los Angeles. (We don’t own the photos but you can see them at Roadshow)

These photos were taken by Roadshow’s Daniel Golson, who lives in LA. This isn’t the first time we’ve seen upcoming BMWs being tested in LA, as we saw photos of the G80 M3 from LA last year. Though, it is a more unusual place to see pre-production BMW test mules, that will be built in Munich, testing in California.

More importantly, though, the car looks good. Seen in normal traffic, among other cars, the next-gen 2 Series Coupe still looks small and sporty, with classic BMW coupe proportions. It also looks a bit lower than the current 2er, with a sleeker roofline, and a bit longer. However, it doesn’t seem too big. 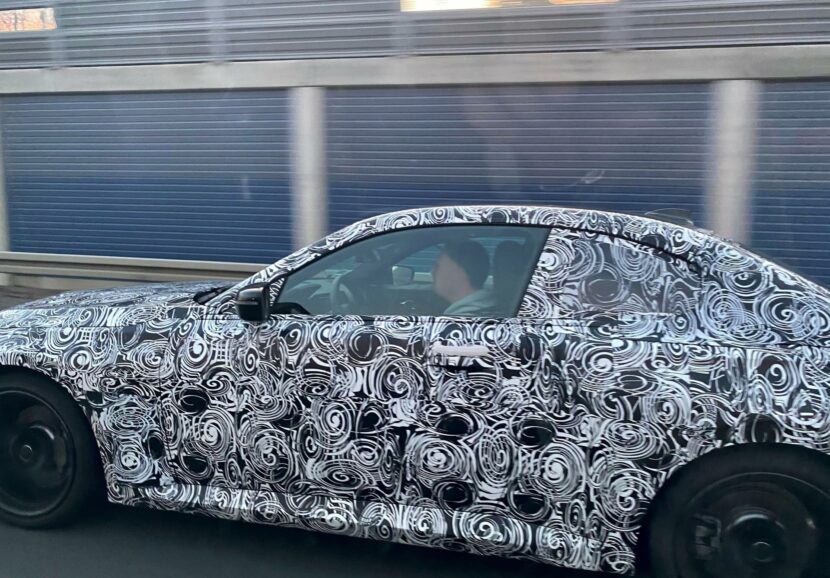 The specific car in question seems to be a BMW M240i (or whatever the M Performance naming structure will be), due to its trapezoidal exhausts. If that’s the case, this car likely has some version of BMW’s B58 3.0 liter inline-six. While we don’t have any info on future specs, we’re hoping that the 2er will get the same 382 horsepower version of the B58 as the M340i and M440i. Those two larger cars are absolute rocket ships with that engine so we can only imagine what the smaller, lighter 2 Series might feel like.

The photos are a bit blurry, as they were taken in a hurry, so we can’t make out any details. Still, we can get a sense of size, shape and scale, all of which are encouraging. With cars like the iX and 4 Series taking BMW in an odd direction, it’s refreshing to see a more traditional Bimmer again, one that has the right proportions and, hopefully, the right grille.

Auto Experthttps://automobiledot.com
As an Editor and an Automobile Geek, it's my pleasure to share my knowledge about Automobiles and their various aspects that can impact our lives.
Previous articleMINI Electric GP is the Beginning of MINI’s Future
Next article800-volt EV platform with bi-directional charging to benefit Genesis