BMW 2 Series vs Audi A3 Sedan

This isn’t going to be an apples-to-apples comparison test, simply because it can’t be. The BMW 2 Series is a unique competitor in its segment, being a two-door, rear-wheel drive coupe, rather than a four-door, front-wheel drive-based sedan. However, there really isn’t any other premium, small, rear-drive coupe in the segment, so if the 2 Series is going to be compared with anything, we’re going to have to stretch the rules a bit.

Yes, the BMW 2 Series and Audi A3 are very different cars on paper but they’re actually a bit more similar than you might think. For starters, they cost around the same; $33,900 for the Audi and $36,900 for the BMW. They’re also similar in size, still have seating for four, have practical trunks, start out with 2.0 liter turbocharged four-cylinder engines, and are automatic only. Sure, their bodies are different but they both offer small, premium fun, in practical, usable packages from each of their respective brands. So let’s take a look at which one looks best. 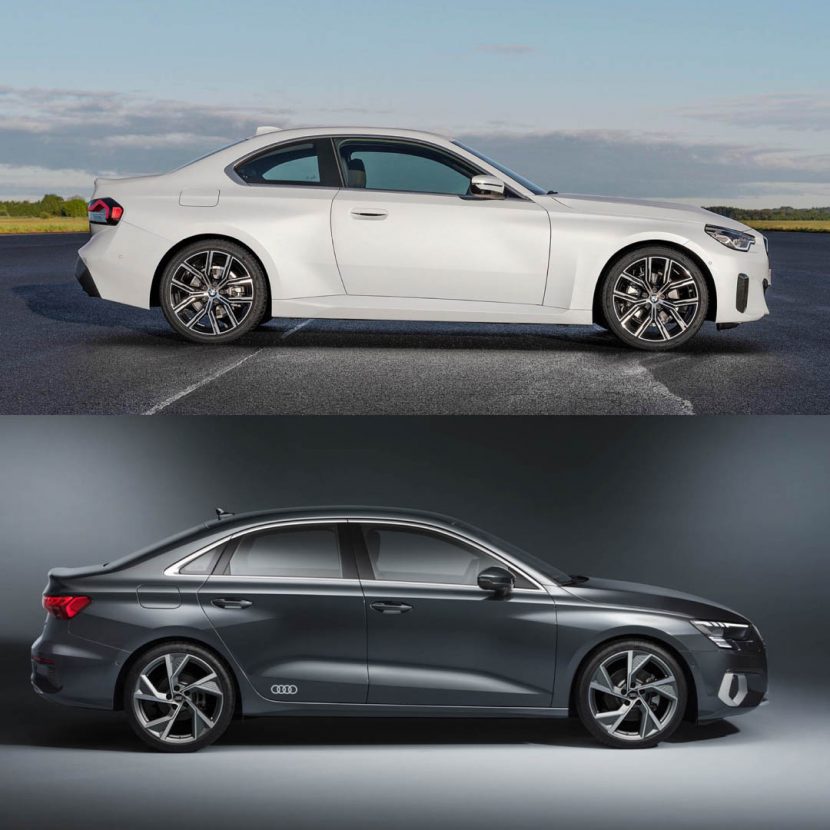 Up front, it’s actually a bit of a tough one. The new BMW 2 Series isn’t exactly the prettiest Bimmer ever made but its refreshingly normal grille and headlights make it a sight for very sore eyes. Still, I think the Audi A3 is a bit better looking up front. The 2er is cool and all, with its 2002-inspired headlights and Z8-style kidney grille, but the A3’s sharper headlights and cleaner grille design are just a bit more handsome.

In profile, I think the win has to go to the 2 Series. Its classic three-box coupe shape is just too good looking to beat with a traditional sedan. The Audi A3 is a good looking sedan, with muscular fender flares and sharp creases, but it’s also a bit fussy, with a lot of body lines going in seemingly different directions. Also, BMW’s simple design looks clean and timeless and will likely age a lot better than the A3 will. 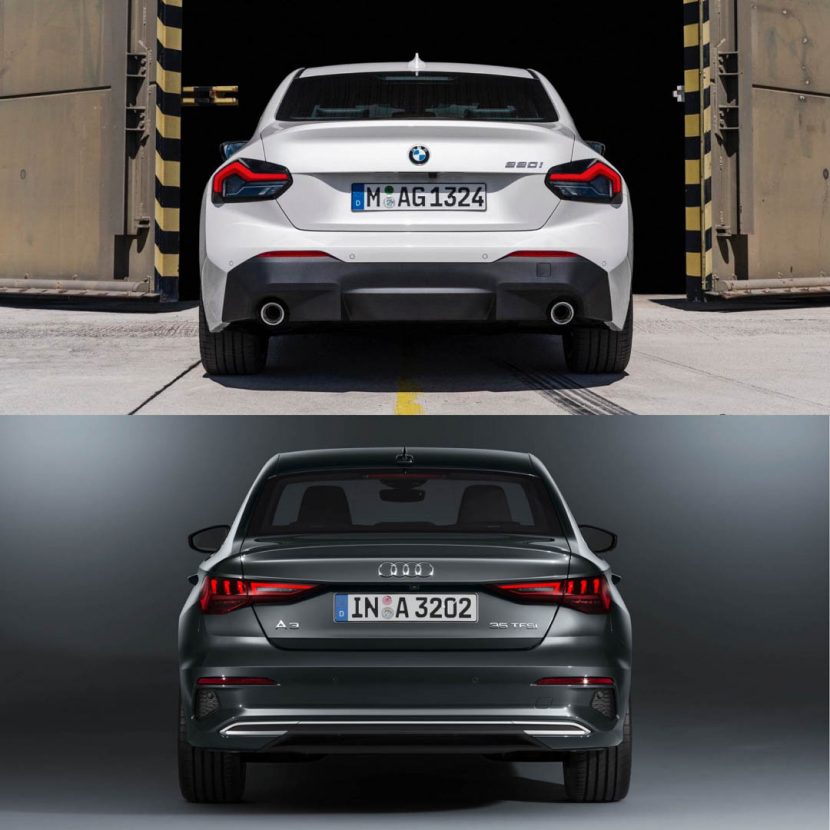 Out back, it’s also a bit of a tough choice. The 2 Series’ taillights, while not bad, are its least successful design element, thanks to their funky shape. The Audi A3 isn’t exactly beautiful, either, but its OLED taillights are feature cool lighting elements. On the flip side, the 2 Series has real exhausts, which is always a big win. I think I have to give the nod to the Bimmer, due to its slightly sportier looks and real exhausts. But it’s close.

On the inside, the Audi A3 takes the win, hands down. It’s just far more interesting to look at, with different shapes, depth, and layers. The 2 Series has a nice interior but it’s really nothing special. It’s a 3 Series interior which, while not bad, was boring when it debuted a couple of years ago. Audi’s Virtual Cockpit is also miles better than BMW’s Live Cockpit Professional and its steering wheels are not only better to look at but also nicer to hold. So the A3 wins inside, without question. 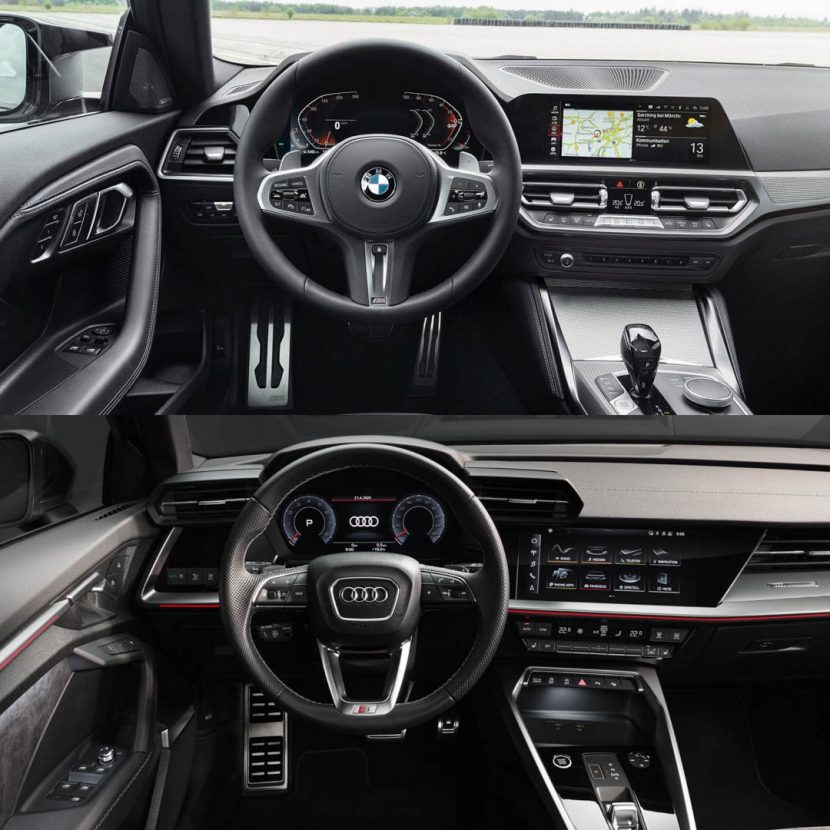 That leaves both cars in a 2-2 tie, out of four different categories. I hate fence sitting, so I’d like to pick a winner here but it’s actually quite difficult. If it were my choice, I’d probably take the 2 Series, simply because I think it’s a more unique design that will get better with age. It’s also completely unique among BMW’s lineup, which is something you don’t see in this cookie-cutter industry anymore. The Audi A3 is a bit safer, a bit more current in its design, while also looking very corporate-Audi. It’s still good looking, the A3, but if you want something that’s going to stand out a bit more, the BMW 2 Series is probably the car.

Auto Experthttps://automobiledot.com
As an Editor and an Automobile Geek, it's my pleasure to share my knowledge about Automobiles and their various aspects that can impact our lives.
Previous article2022 Volkswagen Golf R wagon revealed with 315 hp, drift mode
Next articleFord sold more electric Mustangs in June than gas-powered ones