The BMW 4 Series will be getting yet another Gran Coupe variant, which will continue the new beaver-teeth styling up front. However, it should look even better than the Coupe, thanks to Gran Coupe styling always looking so good. Some new spy photos have just surfaced of the upcoming four-door 4 Series and, while the car is covered in camouflage, there are still some interesting details to be seen. (We don’t own the photos but you can see them here)

One such detail is the 4 Series Gran Coupe seems to have that the regular Coupe does not is a flush door handle design. I remember back on my E36 3 Series and both of my parents’ E34 5 Series, the door handles were flush to the body and you had to reach your hand underneath to operate them. That seems to be coming back, rather than the extended pull handles of current Bimmers. The reason the flush design is coming back is better aerodynamics. Maybe it’s just the camo but it seems that this 4 Series Gran Coupe will have the same flush aerodynamic door handles as the BMW i4 will have, if the Concept i4 is anything to go by. 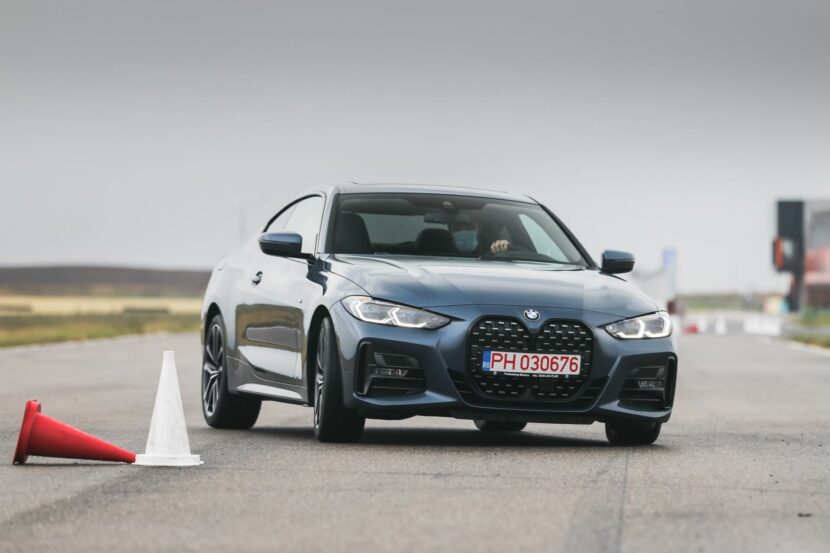 Another thing to note is that the trunk lid on this 4 Series Gran Coupe seems to be a traditional sedan-style trunk. On the previous-generation 4 Series Gran Coupe, the trunk was actually a lift-back tailgate, which made it far more practical than the average 3 Series sedan and really gave customers a substantial reason to buy one over the 3er. Now, the new car seems to lose that tailgate, as you can see the shut lines for the trunk lid through the camo in these photos.

This specific 4 Series also seems to be the higher-performance M440i variant. That’s evident for a few reasons. One, it boasts big, aggressive front air intakes. Another is that it has sportier looking wheels, similar to the ones seen on the M440i Coupe. It also has trapezoidal exhausts, which typically signify six cylinders under the hood. Lastly, it has some M-style side mirrors, which is a bit unusual. The latter point might not actually mean anything, as this is a test mule so its design is subject to change a bit. Still, it’s interesting to see M mirrors on a standard car.

Auto Experthttps://automobiledot.com
As an Editor and an Automobile Geek, it's my pleasure to share my knowledge about Automobiles and their various aspects that can impact our lives.
Previous articleMini named top mass-market brand in JD Power Sales Satisfaction Index
Next articlePorsche builds 1 millionth Cayenne

Anyone who regularly follows our reporting on the biggest...
Read more
Audi