BMW i4 presented in the heart of Munich 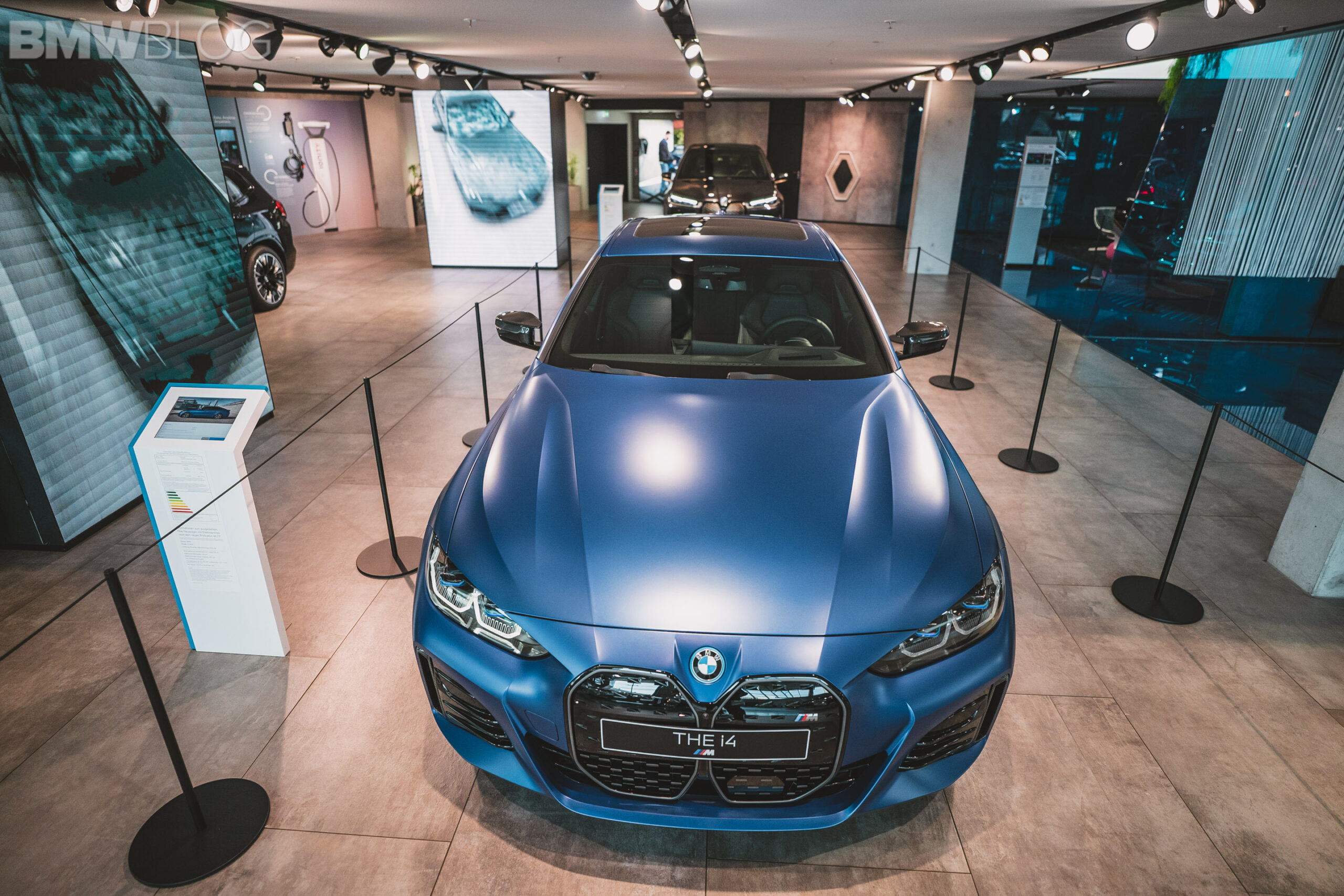 The BMW iX might be the brand’s flagship electric car, being built on a bespoke EV architecture and being by far the most luxurious. However, the potentially more important electric car in the lineup is the BMW i4 and it just made its appearance at the 2021 IAA. 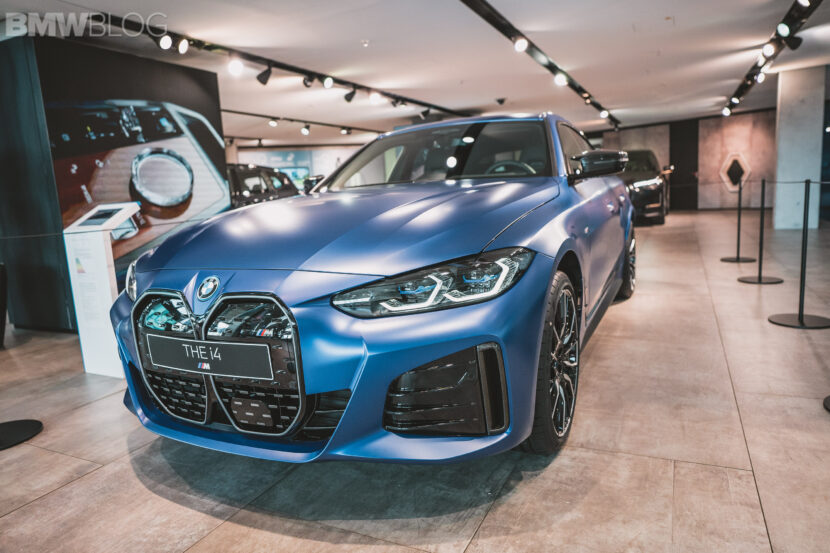 Here in Munich, the BMW i4 gets the chance to show off its charms to people in person. There’s no question, the BMW i4 sports a controversial design but it’s also the cheapest electric BMW on sale and features a body style the majority of BMW customers can enjoy. While the BMW i3 was fun and revolutionary for its time, its outlandish design and funky interior made it a sort of love-it-or-hate-it EV. However, the i4 — aside from its funky grille — is far more conventional and easy to live with. 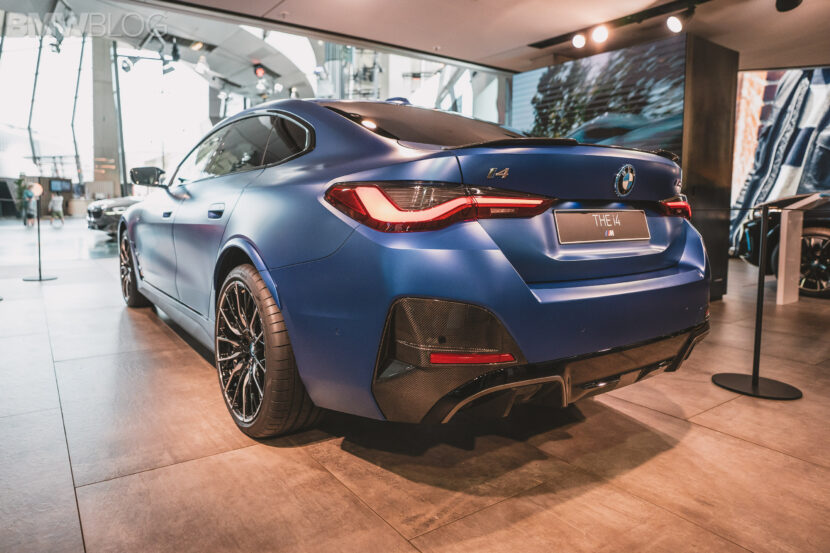 Additionally, its price puts it squarely in the market for BMW 3 Series customers, which are BMW’s bread-and-butter customers. Giving them an electric alternative to the 3 Series; one that gives them essentially the same body and seating, while also providing increased practicality with a liftback tailgate; will get a lot more butts in electric car seats.

The BMW i4 will come in two flavors at launch; i4 40 and i4 M50. The former is rear-drive only with 335 horsepower and 317 lb-ft of torque. The latter is all-wheel drive, with dual-motors, that makes 536 horsepower and 586 lb-ft of torque. Both cars use the same 81.5 net-energy battery pack but the former has around 300 miles of range, while the latter has around 245 miles of range. 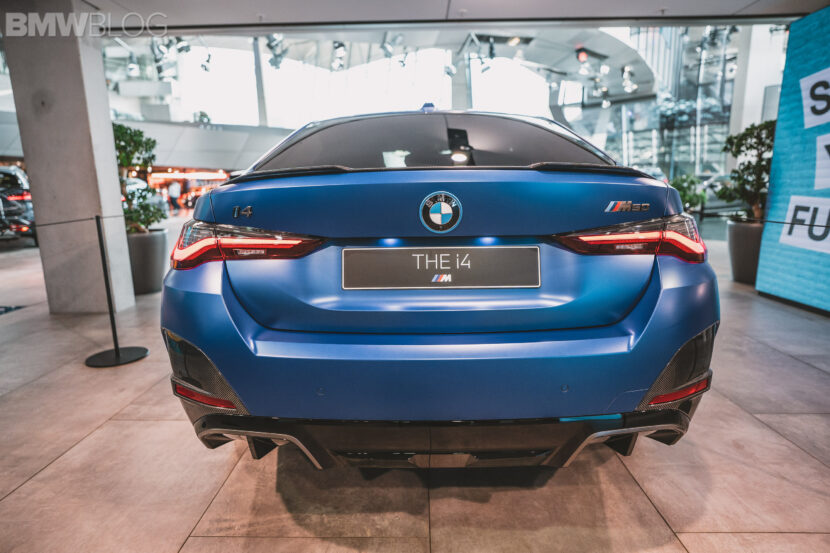 While the i4 doesn’t have the power/range/price package to compete with the Tesla Model 3, it is the only car in its traditional class. Neither Mercedes-Benz nor Audi offer anything similar to the BMW i4, making it unique in the German market. In theory, the i4 should be a big seller for the brand but only time will tell.

Auto Experthttps://automobiledot.com
As an Editor and an Automobile Geek, it's my pleasure to share my knowledge about Automobiles and their various aspects that can impact our lives.
Previous articleHow we would fix the Chevrolet Camaro
Next articleFlorida man fed up with potholes plants banana tree in road