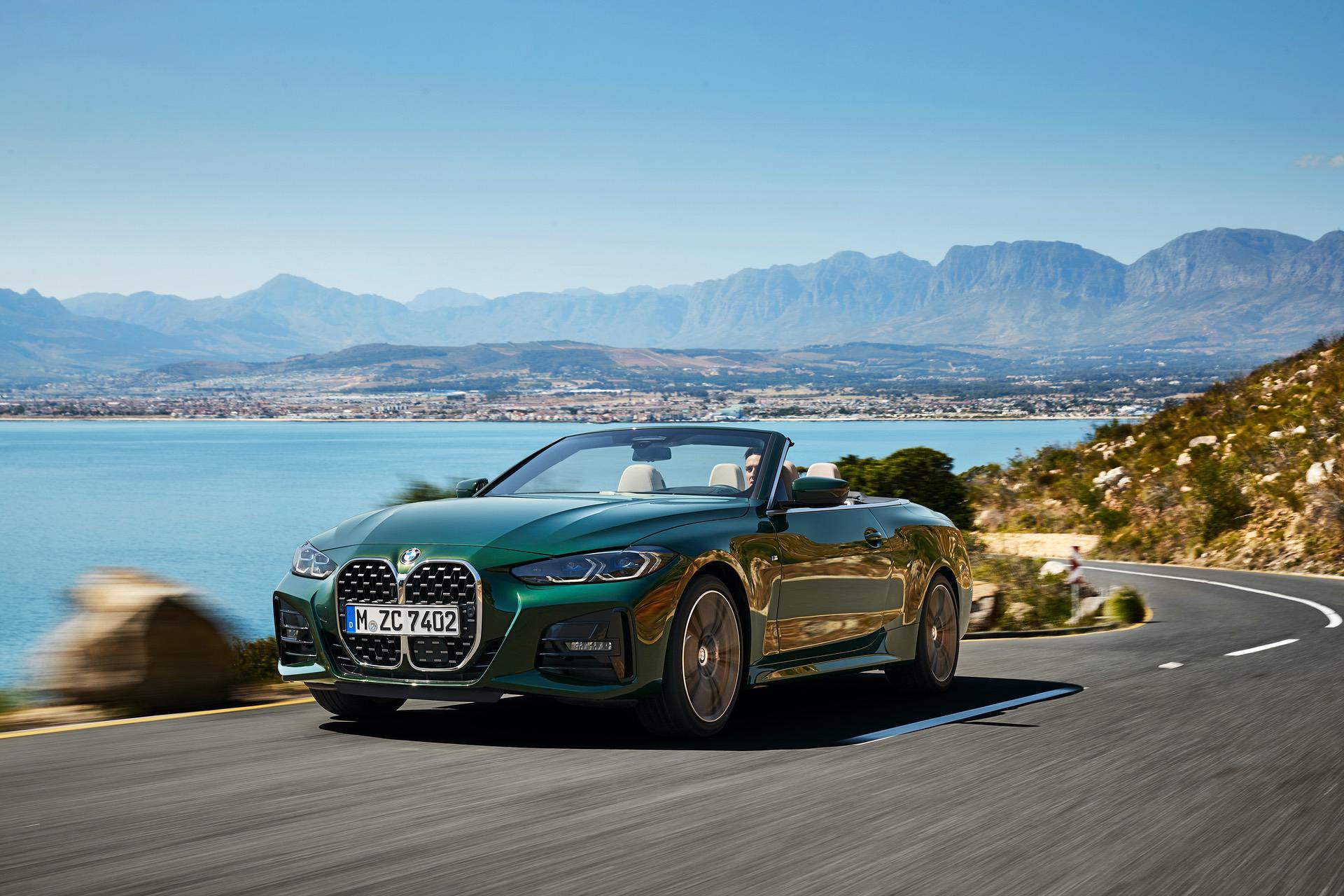 It doesn’t take much imagination to figure out what the new BMW M4 Convertible is going to look like. Take the 4 Series Convertible and combine it with the M4 Coupe and, viola, you’ve got an M4 Convertible. However, if you want a more definitive look at what the upcoming drop-top M4 will look like, some new patent drawings have been released, showing off the M4 Convertible’s design.

These photos come from the European Union Intellectual Property Office and they show off the BMW M4 Convertible from all angles. After seeing the standard 4 Series Convertible, this looks exactly as we expected it to. So it has some added sporty touches, in addition to the standard car’s styling, such as quad exhausts, sportier M side mirrors and bigger Air Breather vents.

We are interested to drive the new BMW M4 Convertible, though. Its switch to a soft-top, rather than a folding hard-top, should make it lighter than the previous-generation M4 ‘Vert, while also lowering its center of gravity. So it should be a better drive than the old car for that alone. Some fans will miss the better sound and weather insulation of a folding hard-top but the new one should prove to be sufficient in both areas, while improving the drive.

Let’s also hope that BMW M has given the M4 Convertible proper chassis stiffness, as the last car was about as rigid as soggy bread. Every bump caused a shake throughout the car that made it feel as if body panels were falling off. Thankfully, the new G2X chassis is far stiffer than the old F3X  chassis and BMW has also done an excellent job with the rigidity of the 8 Series Convertible and Z4. So this new BMW M4 Convertible should be better than the old car but let’s hope it’s good enough.

Auto Experthttps://automobiledot.com
As an Editor and an Automobile Geek, it's my pleasure to share my knowledge about Automobiles and their various aspects that can impact our lives.
Previous articleCan a Tuned BMW X3 M Take Down a Mercedes-AMG GT R?
Next articleLewis Hamilton is still feeling effects of COVID-19