I remember first seeing the Cadillac Lyriq concept awhile back and liking it quite a bit but also seriously doubting that it would ever make production looking anywhere near the same. However, crow will be eaten this evening, as Cadillac has just unveiled the production-ready Lyriq and it looks very much like the smart looking concept car. More than that, it packs a nice looking spec sheet to back it all up.

On the outside, the Lyriq looks more like a big, stylish wagon than a traditional crossover. It has a sleek roofline, big wheels, and short overhangs, giving it a sportier look than your average SUV, which is a good thing. I don’t love how the taillights wrap around the C-pillar, creating and odd piece of floating body work, and the car is a bit busy overall, but it’s a decently stylish looking car and I can see a lot of American customers being attracted to it.

Inside, the Lyriq is boasts one of Cadillac’s best interiors. It’s modern and stylish but also simple enough to not wear old too quickly. The absolutely massive 33-inch single screen that houses both the driver’s instrument panel and the infotainment screen looks awesome but I do worry it might get a touch confusing. Though, I love that Caddy gave it a rotary control dial, similar to BMW’s iDrive, which will make operated the infotainment screen easier while driving.

Under the skin lies a 100 kWh battery pack and a single rear-mounted electric motor, making 340 horsepower and rear-wheel drive. According to Cadillac, range is said to be over 300 miles. While that’s just a Cadillac estimate and not an EPA rating, it’s likely to be accurate, as a 100 kWh battery pack is amore than large enough to accommodate such a range, so long as the curb weight is kept in check. It’s also said to be able to charge at up to 190 kW, which is among the fastest in the industry, and should recharge 76 miles in 10 minutes at that speed. Cadillac also offers a segment-leading 19.2 kW home charging module, which can add 52 miles of range per hour.

So far, the Cadillac Lyriq seems to be a stylish EV crossover with a good enough range and a decent amount of power. We’re looking forward to trying the Lyriq out in the real world. I’m personally very happy to see that Cadillac translated the concept design over to the production car, as we need more interesting looking EVs.

It also comes with an attractive starting price of $59,990. That’s not super cheap, especially after options, but it’s priced well enough that many Cadillac customers can afford to switch over to electrification, which is the idea. It would be nice if another American brand could start developing high-quality EVs, so we’re hopeful that this Lyriq will be good. Though, unfortunately, Cadillac has a bit of a history of not delivering on its promise. Let’s hope the Lyriq breaks that trend, as the more good EVs on the market, the better off we all are. 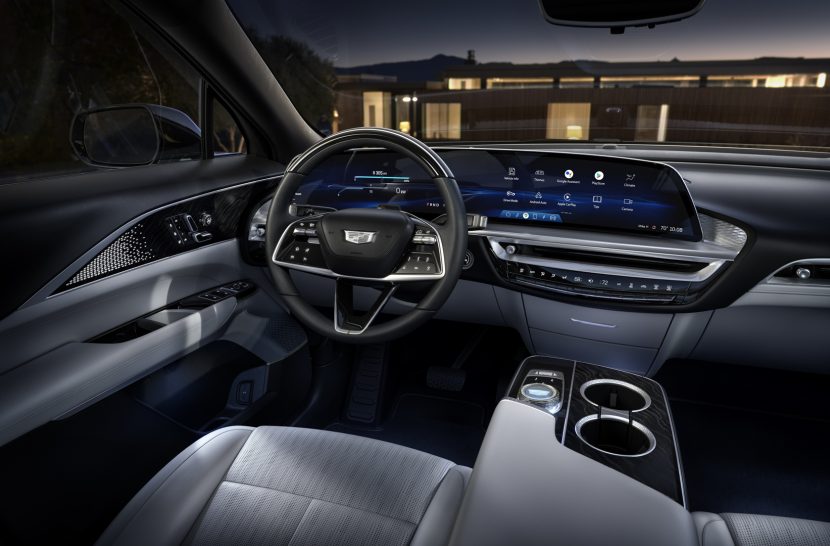 The entry-level BMW iX should compete well with this, with about 300 horsepower and around 250 miles of range. We don’t have U.S. pricing just yet but it’s said to be priced similarly to the BMW X5. So it should be around the same price as the Caddy. When they both hit the market, we very much look forward to putting both cars together for a proper test.

Auto Experthttps://automobiledot.com
As an Editor and an Automobile Geek, it's my pleasure to share my knowledge about Automobiles and their various aspects that can impact our lives.
Previous articleHennessey Venom F5 hits 200 mph during aerodynamics testing
Next article2023 Cadillac Lyriq vs Tesla Model Y, Audi E-Tron, Jaguar I-Pace | Specs compared