When word of the forthcoming Ram G/T models hit our inboxes on Tuesday, my first reaction was one of confusion. The notion of a “Grand Touring” package for anything with a pickup bed struck me as entirely foreign and left me feeling conflicted. Have pickup trucks really come so far that a GT-inspired model makes sense, or am I just married to an antiquated notion that has been co-opted and subsequently bled to death by the endlessly churning automotive marketing machine?

One could reasonably argue that “GT” has come a long way from the days when it was closely associated with its namesake term (whether you say “Gran Turismo” or “Grand Touring” really makes no difference) and plenty of not-so-sporting automobiles have already borrowed the nomenclature to denote trims with faster-looking body kits or larger wheels.

If that’s the model we’re choosing to acknowledge, Ram’s is arguably ahead of the game. Its G/T package adds a cat-back exhaust and cold air intake (more of a performance nod than some other “GT” models enjoy), paddle shifters, a console-mounted gear lever, unique bucket seats with high bolsters and metal covers for the gas and brake pedals. If this were a package for a Dodge Charger or Challenger, it would certainly check the right boxes. Heck, the whole thing was essentially parts-binned from the TRX with an assist from Mopar’s factory accessory catalog. 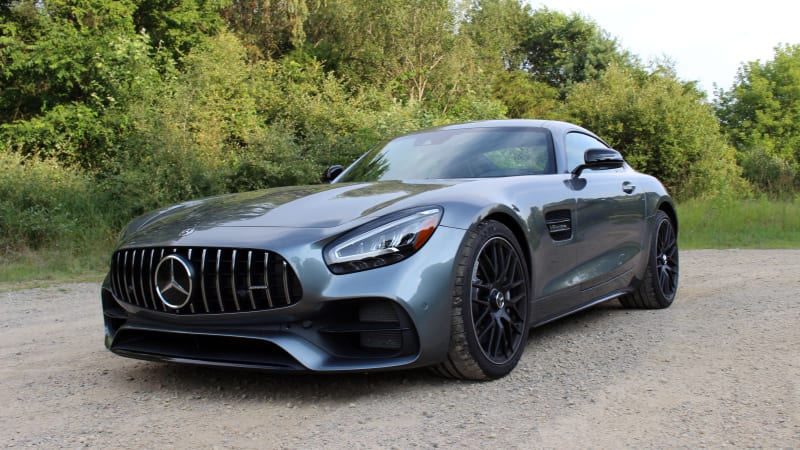 A Ford Mustang GT and a Mercedes-AMG GT. Note how similar they are to a half-ton truck.

In my quest to decide just how out-of-touch I am, I first asked Ram whether G/T actually stands for anything. It doesn’t. It was chosen simply to “signify a sporty model within the lineup.” There’s no apparent significance to the slash aside from being an obvious nod to Dodge’s R/T (Road/Track) models, of which even the Viper was one. Even with SRT having supplanted R/T atop the Mopar performance heap, the latter still denotes models with a significant performance increase.

But that means G/T is precisely what we think it is — a trim meant to impart notions of performance, even if there’s little of it to be found. It doesn’t quite sit with me. The domestics have already pretty much forced us to accept the notion of both high-performance and luxury-oriented pickups, so something splitting the difference doesn’t really seem that outrageous. But even if we accept the premise that “GT” has been watered down well past the point of salvation, I still can’t get my head around the idea of a half-ton truck capturing the spirit of Gran Turismo.

Is this a hill worth dying on? Probably not, but I’ve stood on shakier ground before and lived to tell the tale. Marketing giveth (Ultimate Driving Machine) and marketing taketh away (Voltswagen), but at the end of the day, I’ll take my GTs a little lower to the ground.

Auto Experthttps://automobiledot.com
As an Editor and an Automobile Geek, it's my pleasure to share my knowledge about Automobiles and their various aspects that can impact our lives.
Previous articleThe Ineos Grenadier is the BMW-Powered Off-Roader You Always Wanted
Next articleEditors’ Picks June 2021 | Hyundai Tucson, Kia Sorento, McLaren 720S and more