It has been over a decade since we started a trend with visual comparisons between older and new BMW models. But none of them have been, arguably, as interesting as the ones featuring the new generation 4 Series. Of course, that’s mostly due to the controversial and oversized kidney grille.

In this new photo comparison we take a look at the previous generation F26 4 Series Gran Coupe and yesterday’s unveil – the G26 4 Series. Just like with its two-door coupe brother, the new 4 Series Gran Coupe stands out with an imposing front grille. At a first glance, the new design looks bolder and fresher than the outgoing model, and of course, less “safe”. 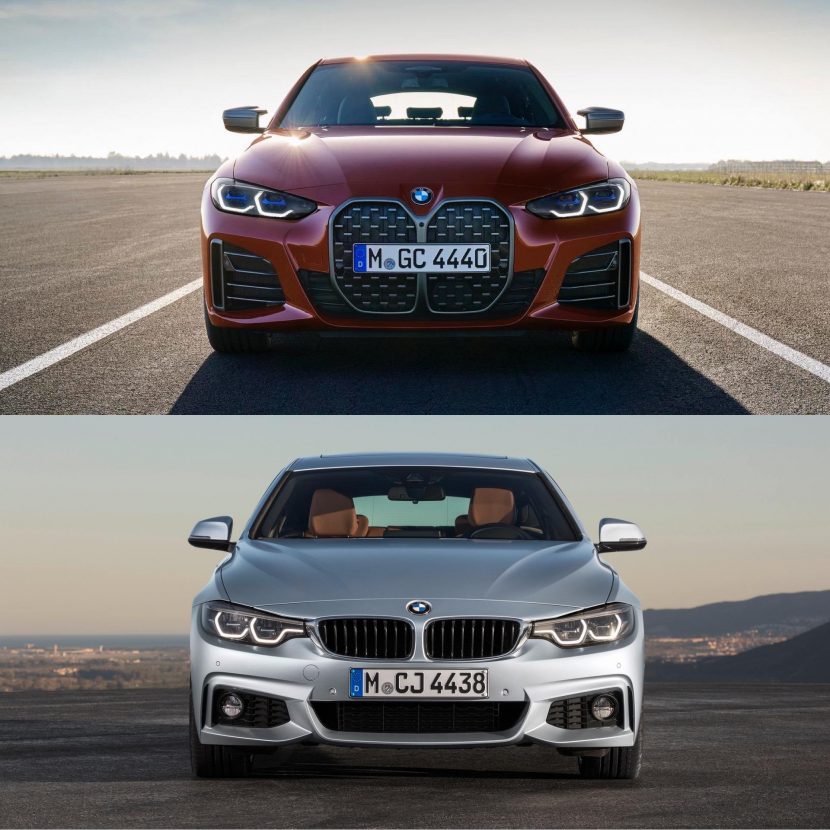 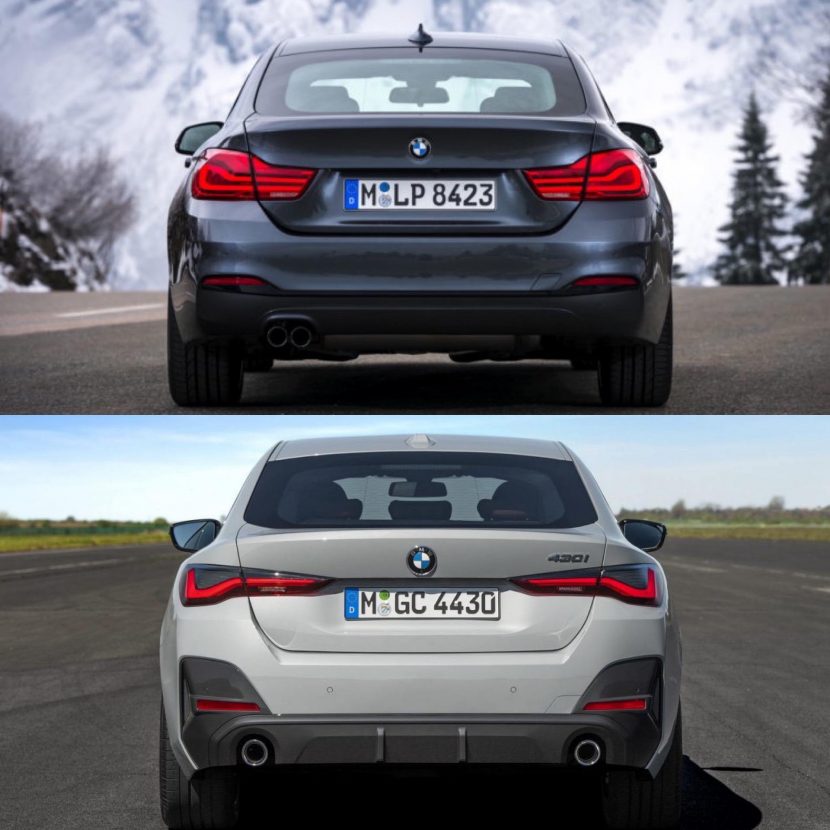 A different design philosophy can be observed in the back as well. The taillights retain the typical L-shape, yet they are slimmer and wider than ever before. The interior graphics also stand out with a single slim light running through them which emphasizes the width in the back. 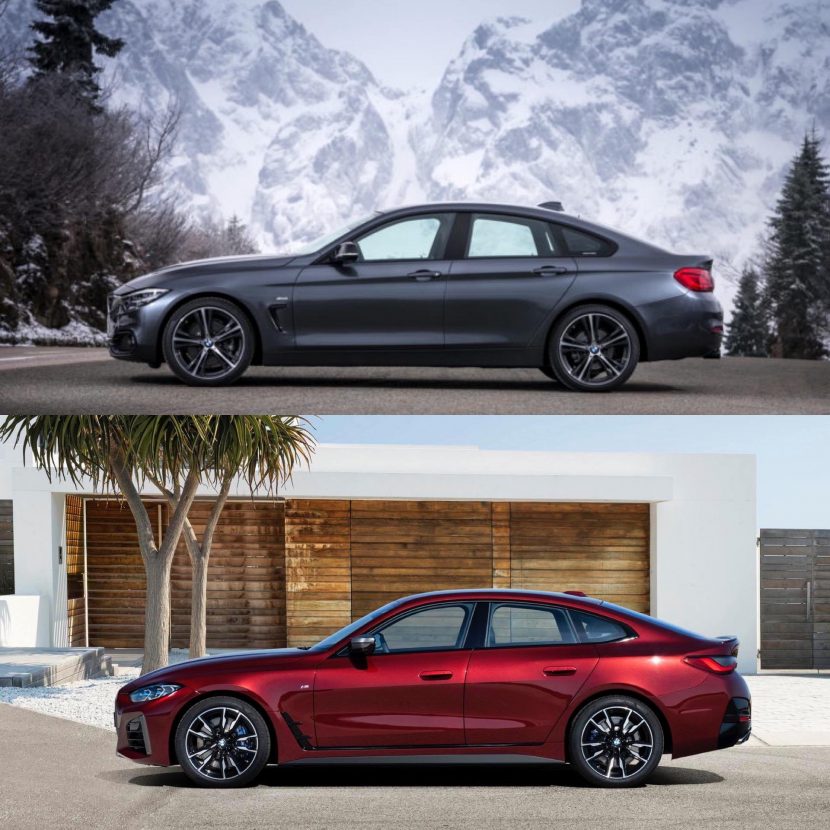 From the side you could immediately see the sportier stance of the G26 Gran Coupe. The car sits lower to the ground than the outgoing model while the sculpted design shapes give the car a more premium look. The new model is even more of a gran tourer. 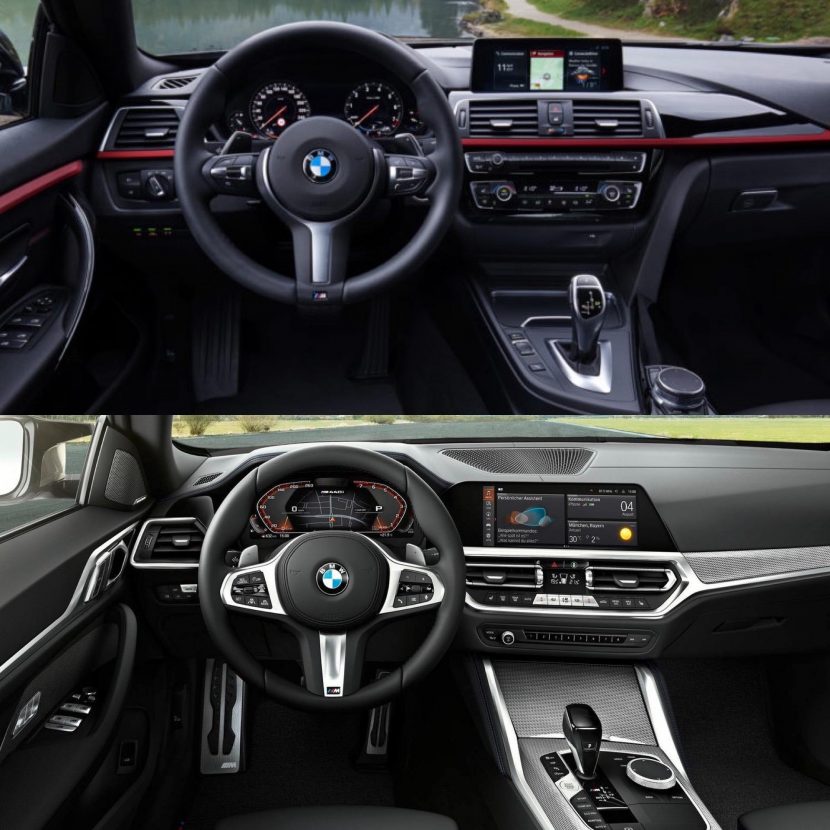 Inside, the jump in time is even more obvious. Even though it doesn’t have the i4’s dashboard – likely a facelift will fix that – the new 4 Series Gran Coupe stands out with a more minimalistic approach to design. The center dashboard is less busier than before with certainly less controls and dials.

The LCD screen is inherited from the 3 Series Sedan featuring high-res graphics to go along with the digital panel behind the steering wheel. The center console is also more modern in the new model with all the controls tightly surrounding the new gear shifter. The M Sport steering wheel stays true to the BMW philosophy: simple and beefy. 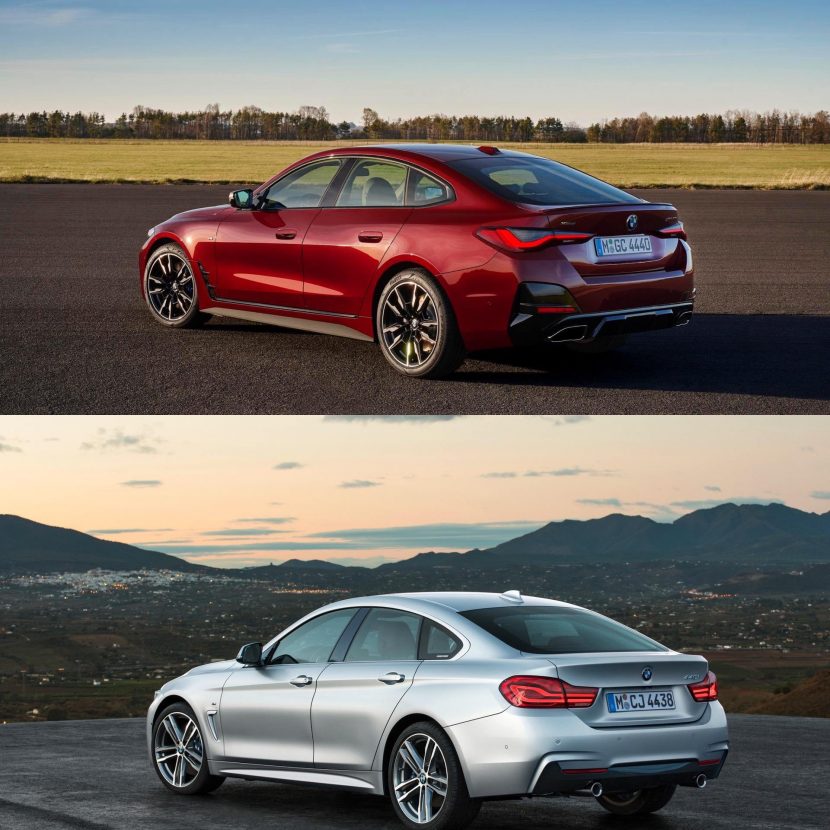 In the end, one thing is clear: The F26 was always meant to be a “safe design”, an evolutionary step, while the G26 aims to create controversy around it and will certainly turn more heads on the road. If you’re a fan of the old school BMW design, the F26 will immediately appeal to you. But if you’re into shiny objects and design statements, then you can’t go wrong with the G26 4 Series Gran Coupe.

Auto Experthttps://automobiledot.com
As an Editor and an Automobile Geek, it's my pleasure to share my knowledge about Automobiles and their various aspects that can impact our lives.
Previous articleIt’s time to ditch the term ‘crossover’
Next article2022 Mercedes-AMG SL prototype sheds camo in new spy photos