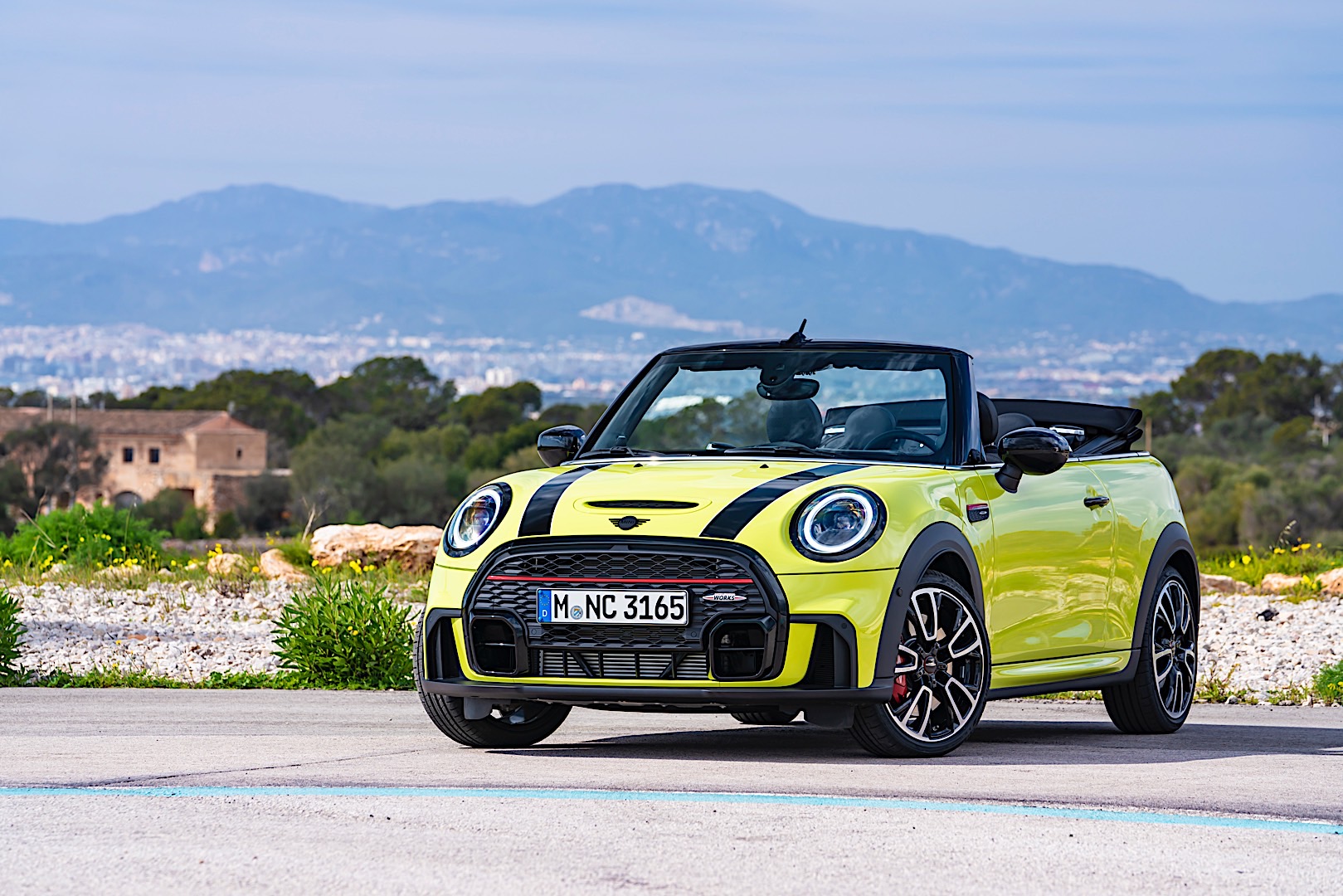 The current MINI hardtop and convertible models are writing history as we speak, getting a second facelift throughout their expanded production span. This is atypical but has happened before, when special circumstances demanded it. Right now, we’re going through some tough times and MINI has to keep going one way or another. The facelift also brought along a new version for the JCW models, including the Convertible.

The first pics of the updated MINI JCW Convertible were published today and show the car in all its glory. It’s not like one could’ve have imagined what it could look like before, as the hardtop and convertible models have the same face, but it’s nice to finally see it in the metal. That’s especially true if you take into consideration the fact that it is being presented in Zesty Yellow, a color that’s new to the MINI Convertible. 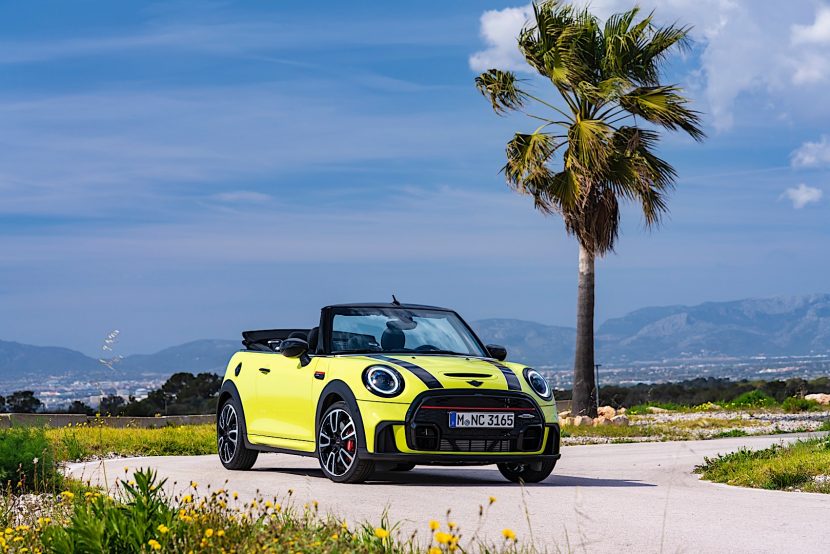 As for the changes done to the car’s exterior design, in addition to the round LED headlights, the clear and purist design also emphasizes the now larger hexagonal radiator grille, which, together with the large side openings, ensures the air supply for the drive and brake system. Another eye-catching feature is the bumper strip, which is now painted in body color. There are also modified side scuttles on the front side panels and the particularly a new diffuser in the rear apron of both models, which has also been redesigned.

The new car uses the same engine from the old model, the 2.0 liter four-cylinder turbocharged B48 mill, good for 231 horsepower and 320 Nm (236 lb-ft) of torque. It is hooked up to either a manual six-speed gearbox or an automatic eight-speed Steptronic one. No matter which one you choose, you’ll get the new frequency-specific dampers MINI introduced on the JCW offerings, which can adjust on the fly, depending on your driving situation.

Auto Experthttps://automobiledot.com
As an Editor and an Automobile Geek, it's my pleasure to share my knowledge about Automobiles and their various aspects that can impact our lives.
Previous article1998 Subaru Impreza 22B STI sells for 6 figures on Bring A Trailer
Next article2022 MINI Hardtop Oxford edition unveiled, starting at $19,750