With every new generation of BMW M3 comes a new generation of ALPINA B3. With them inevitably come comparisons between the two, with fans, enthusiasts, and journalists wondering which is best. It’s happened with each and every generation of M3/B3. However, this one’s a bit different, for a couple of reasons.

The new G80-generation BMW M3 and ALPINA B3 (based on the G20 3 Series) look quite a bit different, which is a first, and they’re powered by variations of the same engine, another first. So let’s take a look at both cars, their styling and their specs. 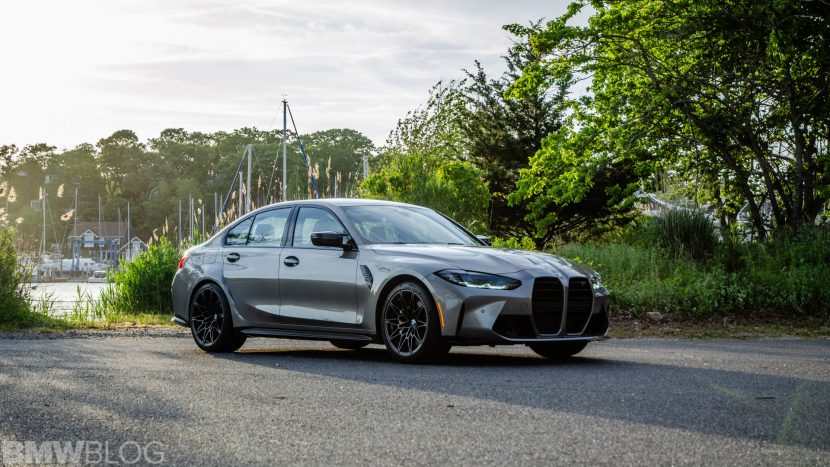 This new generation of M3 is the first to wear BMW’s massive new kidney grille. It’s a design cue that’s been criticized mercilessly since its debut. I’ve said it before and I’ll say it again — I think it’s hideous but I don’t care in the slightest, I’d buy one tomorrow. It’s that good to drive. While I’m not here to rag on the new grille, it is worth mentioning because the ALPINA doesn’t have it. Because both ALPINA and M Division products typically look a lot like the standard BMWs on which they’re based, they usually look relatively similar.

However, because the ALPINA B3 eschews the standard G20 3 Series’ grille and headlights for massive beaver teeth and 4 Series headlights, and it looks drastically different from the 3er. On the flip side, the ALPINA B3 looks more like what we originally expected the M3 to look like — a more aggressive 3 Series. It keeps the 3er’s grille and headlights, while simply adding some typical ALPINA touches. Obviously styling is subjective, so I can’t speak for everyone, but the B3 is the far better looking machine. 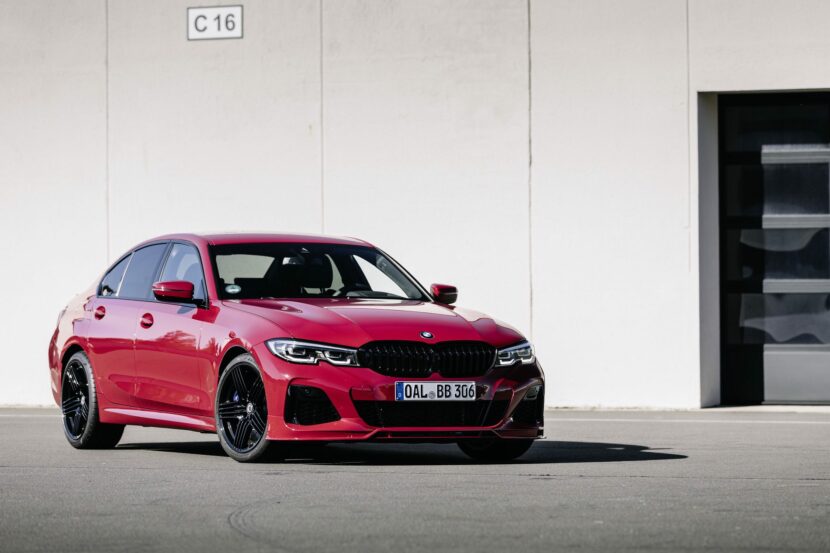 The BMW M3 is overly aggressive but also kind of sloppy; its grilles don’t mesh well with the rest of the front end, the rear fender flares end too abruptly at the doors as if BMW forgot to extend them, and the fake fender vents look unnecessarily fussy. Whereas the ALPINA B3 is smooth, sophisticated, and handsome, all while still maintaining enough aggression to let onlookers know it’s something special. It also shows us how much of a missed opportunity this new G80 M3 is, as it would have looked great had it just kept the 3 Series’ face.

If you want an overly aggressive looking car, one that visually tells you it wants to punch your face, the BMW M3 is going to be the better car. Though, typically BMW M cars have always had subtle aggression; looks that only hint at the power under the skin, rather than shout about it. If you’re a traditional BMW enthusiast, you probably prefer the latter, which means you probably prefer the ALPINA. 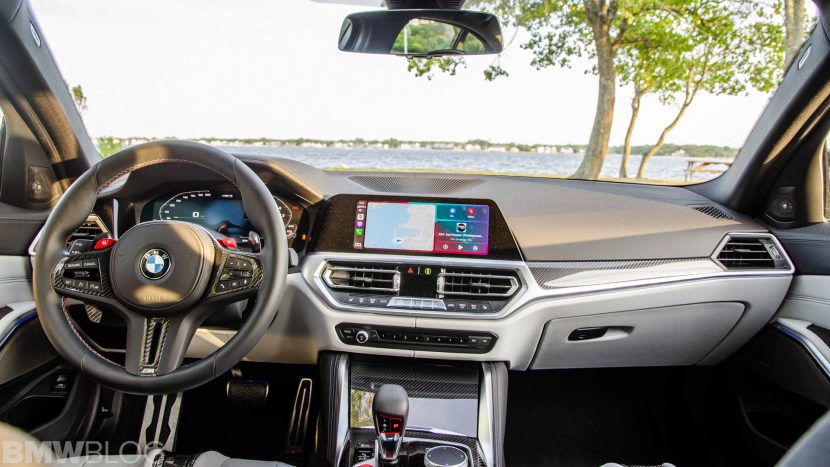 Under the hood, both the BMW M3 and ALPINA B3 use the same engine — the M Division’s S58 engine. This is a first for ALPINA, as it’s always used standard BMW engines and modified them to make M Division levels of power. Typically, BMW M doesn’t lend out its engines. It has done in this case, though, as they both use the S58. That said, the M3 makes more power with it. 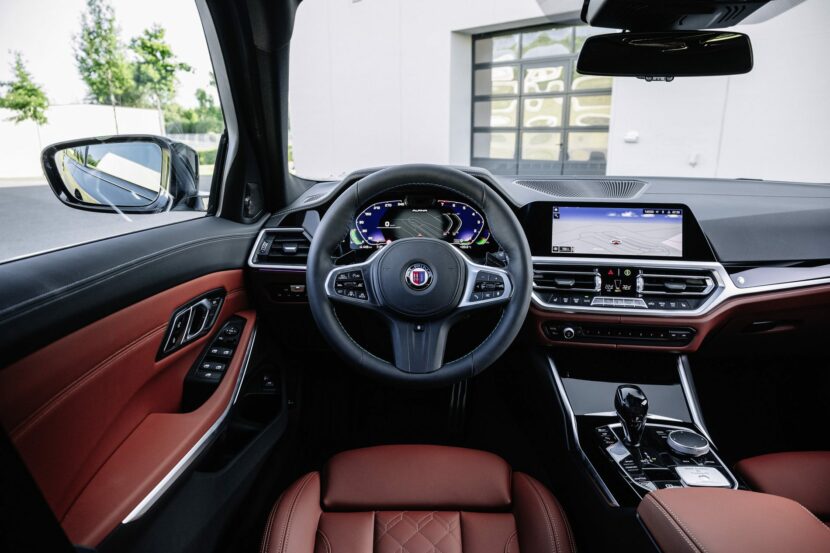 BMW was kind to offer the standard version of the M3 with a manual transmission, as it keeps the tradition alive. It was the car I thought I would want the most. I was wrong. It’s good but the BMW M3 Competition, despite using an eight-speed automatic, is the superior driving car. The ALPINA B3 only makes do with the eight-speed auto. Though, it does have a distinct advantage over the current M3 Competition — all-wheel drive. The B3 powers all four wheels, while the M3 only powers its two rears. That will admittedly change, when the M3 offers xDrive in the near future.

As it stands right now, both the G80 BMW M3 Competition and ALPINA B3 are equally as fast from 0-60 mph, doing the sprint in 3.8 seconds. However, that’s the rear-wheel drive M3. According to BMW, the all-wheel drive car does the sprint in 3.4 seconds, making it faster. Still, both cars are shockingly fast. 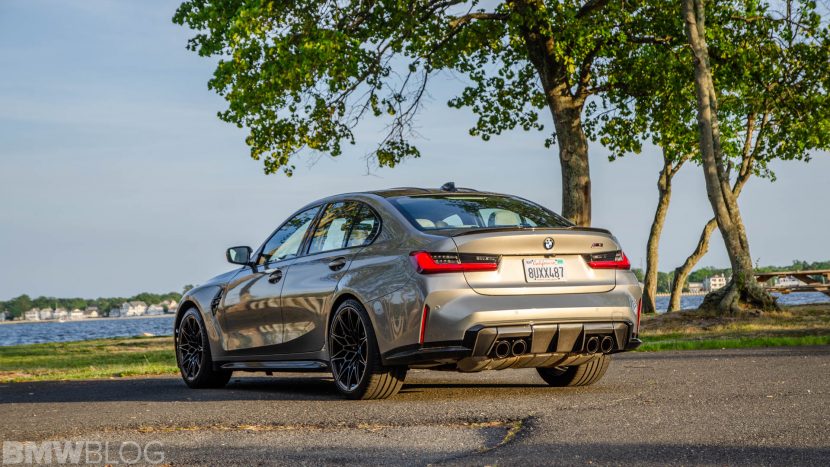 Honestly, this is an impossible question for me, as I literally can’t test the ALPINA B3, due to it not being sold here in the ‘States. With that said, I can say that the two cars offer very different versions of essentially the same thing and that you really have to choose which car best suits your desires. The BMW M3 is a brutally fast, almost absurdly competent performance machine. The brutality and efficiency with which is demolishes a road reminds me more of a Nissan GT-R than a classic M car; the grip is relentless, the power is instantaneous, and its responses are as immediate as immediate gets.

On the flip side of that coin is the more comfortable, more sophisticated, but equally as fast, ALPINA B3. While I haven’t driven it, it’s not hard to take the driving experiences of ALPINAs I have driven, my experiences with the G20 3 Series, and combine those two for an educated guess. ALPINAs are always a bit smoother, more refined, more comfortable, and more graceful than their M Division counterparts and I doubt the B3 is any different. 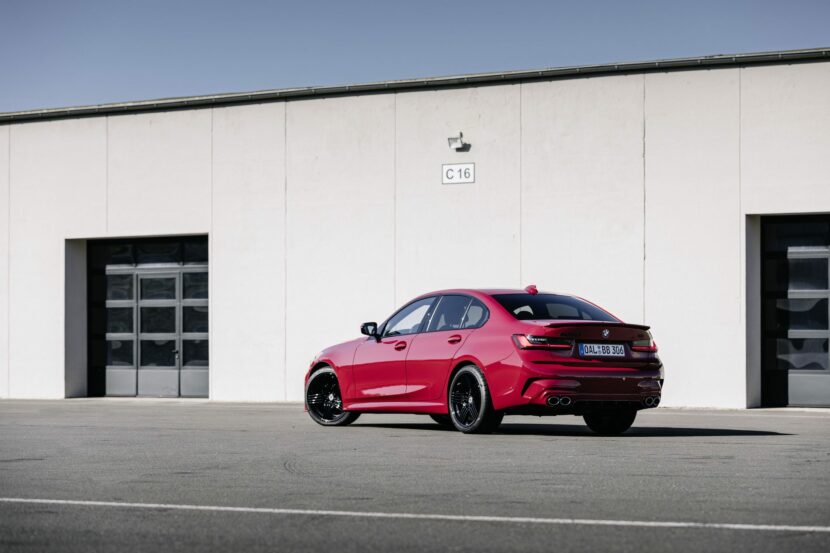 If my assessment of the ALPINA B3 is correct, it’d be my choice. The G80 M3 Competition is one of the best driving machines the M Division has ever built but the ALPINA B3 is just more my style, especially considering it looks about a thousand times better. However, I couldn’t blame anyone for choosing the ballistic M3. A couple of rapid twisty roads is enough to put a smile on even the most die-hard of M3 haters. But the style and ALPINA-ness of the B3 get me.

Auto Experthttps://automobiledot.com
As an Editor and an Automobile Geek, it's my pleasure to share my knowledge about Automobiles and their various aspects that can impact our lives.
Previous articleLewis Hamilton fueled by boos from crowd after Hungary pole
Next articleHere’s how the “Forza Horizon 5” team recorded audio for every car

Earlier this year, Jeep announced the Wrangler would get...
Read more

Bill Auberlen is one of the most recognizable names...
Read more