Joe Achilles Takes a Look at the BMW M240i at Goodwood

The new BMW M240i is an interesting car, one that brings some new design elements that work quite well, but also some others that don’t. The M240i made its official debut at the Goodwood Festival of Speed and Joe Achilles was in attendance (Joe, I think I want royalties from all the promotions today), giving us all a good look at the newest car.

Seen in this video is a Thundernight Metallic (a fantastic shade of purple) BMW M240i, with Achilles and Shmarc150 going over its design. The front end is the new 2er’s best angle. Sure, there are some things that need adjusting to, as mentioned by Shmarc150, but it looks quite good for the most part. The grilles are far better than BMW’s new and highly controversial beaver-teeth grille, and the headlights, while very unique, are a subtle nod to the original BMW 2002.

Out back is where things start to fall apart, a bit. The taillights are too small and too far apart, while also lacking the now-famous BMW L-shaped design. Most of the criticism thrown at the new 2 Series is at the back end because of those lights. 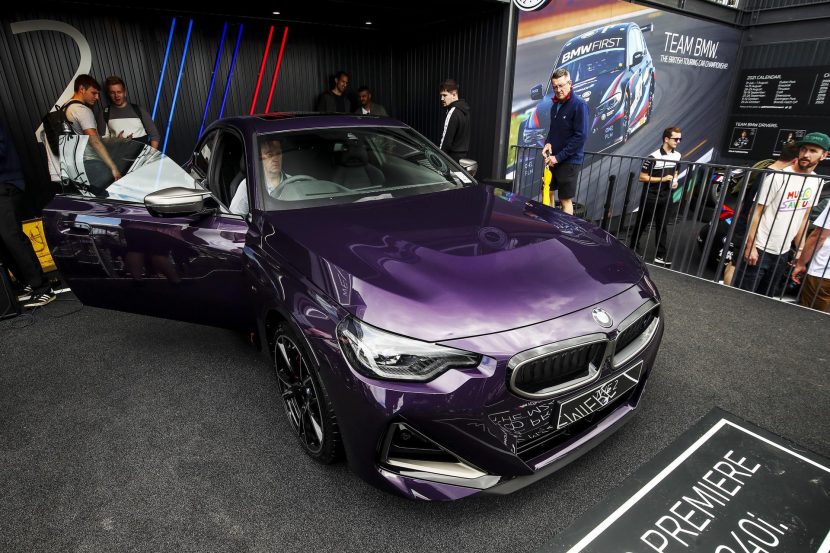 However, the rest of the car looks really good. In profile, it’s a smooth, athletic looking sports car that features the classic three-box coupe proportions BMW has always used. It’s a bit lower and sleeker than previous BMW coupes of its size, but it’s still immediately recognizable as a BMW.

One thing some fans might be annoyed with is its size. The new 2 Series Coupe has grown quite a bit over the last generation and, according to Achilles, it is noticeable in person. It’s also a bit heavier than before as well. However, fans should rest easy knowing that the extra size also increased the wheelbase, which will improve its ride and handling, and its extra weight is a result of a stiffer, more rigid chassis, which will only make it feel better. So, yes, the new BMW M240i is bigger, heavier, and more interesting looking than before but it’s all probably for the better.

Auto Experthttps://automobiledot.com
As an Editor and an Automobile Geek, it's my pleasure to share my knowledge about Automobiles and their various aspects that can impact our lives.
Previous articleLeipzig Plant will be the first German facility to produce both BMW and MINI cars
Next articlePorsche’s follow-up to the 918 Spyder turns up in the rumor mill