As the 1980s progressed, Americans came to know Subarus as much more than the butt-of-jokes tiny 1970s econoboxes that were fortunate to get a shoutout from Debbie Harry alongside Cadillac, Lincoln, and Mercury. Four-wheel-drive Subaru wagons began to develop a cult following in snowy areas, and the arrival of the second-generation Leone (known as, simply, “the Subaru” in North America) for the 1980 model year finally put Subaru into the American motoring mainstream. You could buy these cars as sedans, hatchbacks, wagons, pickups, and even in sporty two-door hardtop coupe form. Few bought the Leone coupes, and so Subaru stopped making them after 1984; here’s one of those rare cars, found in a Denver-area yard last week.

The third-generation Leones appeared in American showrooms for the 1985 model year, though Americans got the second-generation hatchback through 1989 and the BRAT through 1987. The non-BRAT Leone versions were named using a maddening system that used the trim level as the model name, a practice that continued even after the XT and Justy arrived. The DL lived between the cheapo STD (sadly, no STD badges were ever put on cars) and the upscale GL, and all of the 1980-1984 hardtop coupes were DLs. 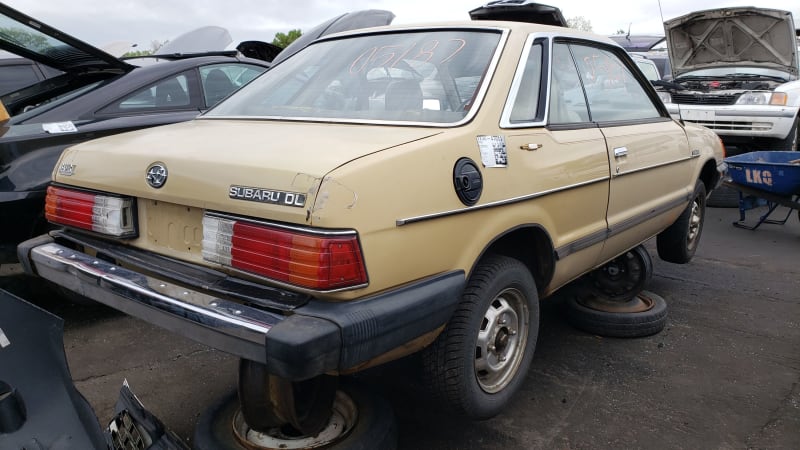 It was a good-looking car for its time, though it didn’t swipe many sales from the likes of the Prelude or the Corolla SR5 coupe. 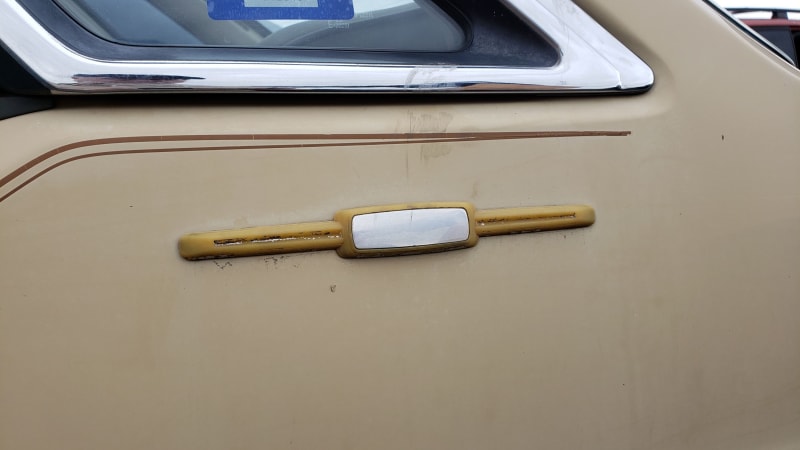 The brown pinstripes and 1960s-Japan-style decorations below the quarter windows added some pizzazz. 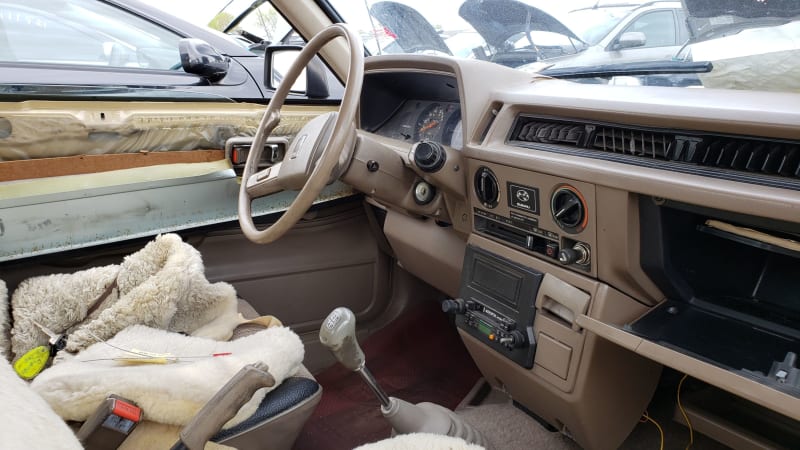 In 1984, only the hatchback, pickup, and wagon Leones could be purchased with four-wheel-drive powertrains (true all-wheel-drive systems didn’t show up in US-market Subarus until much later in the decade). All the hardtop coupes had front-wheel-drive. 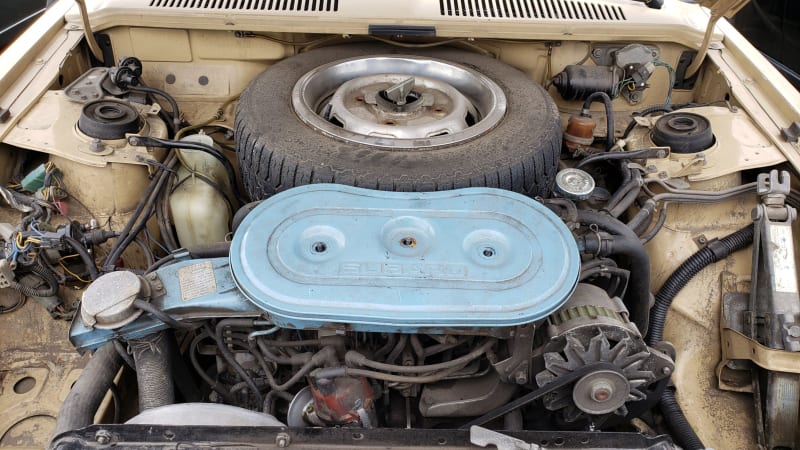 This one has the 1.6-liter EA71 boxer four, rated at 68 horsepower. Since this car tipped the scales at just over a ton, it was slow but not intolerably slow. The 1.8-liter EA81 was available for this car, and it delivered 73 horses. 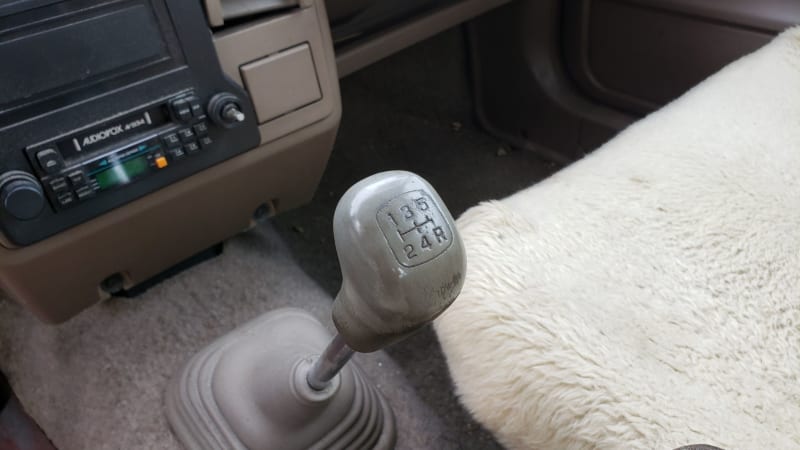 While the original purchaser of this car declined to pay for five additional horsepower, they did prove willing to spring for the optional five-speed manual instead of the base four-on-the-floor. 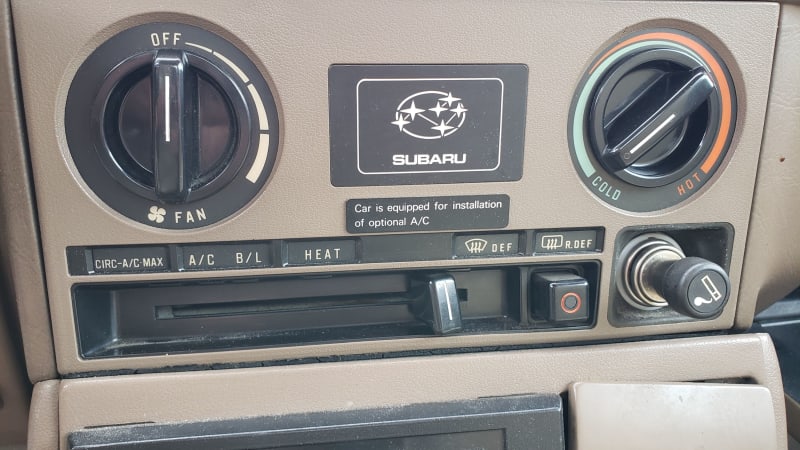 Air conditioning was available, too, but only as a dealer- or aftermarket-installed option. This car never got A/C, but its drivers had the pleasure of being reminded of the original buyer’s cheapness during every summer commute. 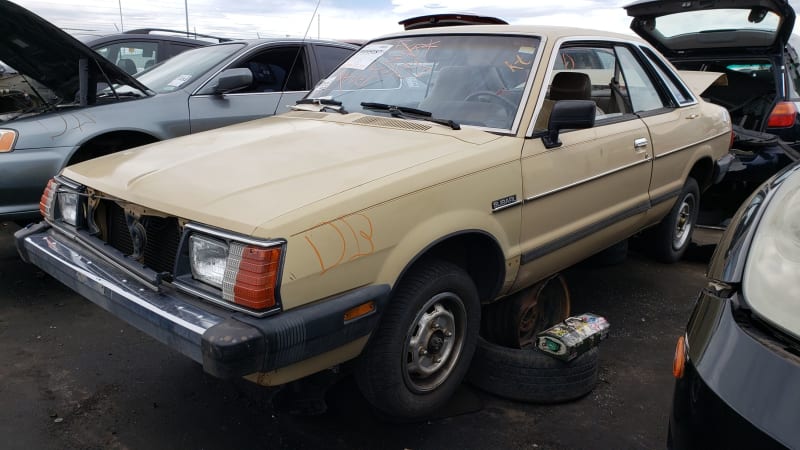 There’s a bit of corrosion here and there, nothing approaching lethality, but the chances of this car being rescued by a vintage-Subaru enthusiast were never good. First of all, there’s a glut of second-gen Leones in Front Range Colorado (I find them in local car graveyards all the time) and, more important, only the BRAT seems to get much interest. Next stop will be the crusher.

This home-market ad doesn’t mention the hardtop coupe, but the gaijin dancers’ outfits deserve to be admired and so I have included it here.

Auto Experthttps://automobiledot.com
As an Editor and an Automobile Geek, it's my pleasure to share my knowledge about Automobiles and their various aspects that can impact our lives.
Previous articleHere’s how the Rolls-Royce Boat Tail came to life
Next articleAudi shows us its concept for luxurious charging lounges of the future