Between the boxy Toyota Van of the middle 1980s and the competent-but-unexciting Sienna of our current century, Toyota spent much of the 1990s trying to sell Americans the oddball Previa minivan. A masterpiece of engineering wrapped in a goofy-yet-futuristic-looking egg-shaped body, the Previa boasted a mid-mounted engine flipped on its side and located beneath the front seats. Later versions had an intercooled supercharger, and Previa shoppers wishing for better grip in mud and snow could get Toyota’s innovative All-Trac all-wheel-drive system. All-Trac Previas are slightly easier to find in Colorado junkyards than their Camry brethren — yes, there was a Camry All-Trac in the late 1980s and early 1990s — but a Previa with All-Trac and a manual transmission? That super-rare combination is exactly what we’ve got for today’s Junkyard Gem!

If there’s an obscure four-wheel-drive car out there, you’re more likely to find it in Colorado than just about anywhere else. I run across discarded AMC Eagles and VW Quantum Syncros here all the time, and the AWD Ford Tempo/Mercury Topaz even makes the occasional appearance in Denver-area car graveyards. American minivan buyers, however, tend to shun manual transmissions (though you could get a three-pedal rig in Chrysler minivans into the middle 1990s), and so I figured the 1991 Previa All-Trac with five-speed I found in a Denver yard last year would be a once-in-a-lifetime spotting. Here we go, one year later and in the very same yard: a 1992 Previa All-Trac five-speed in the same color, sold new at the exact same Boulder dealership. 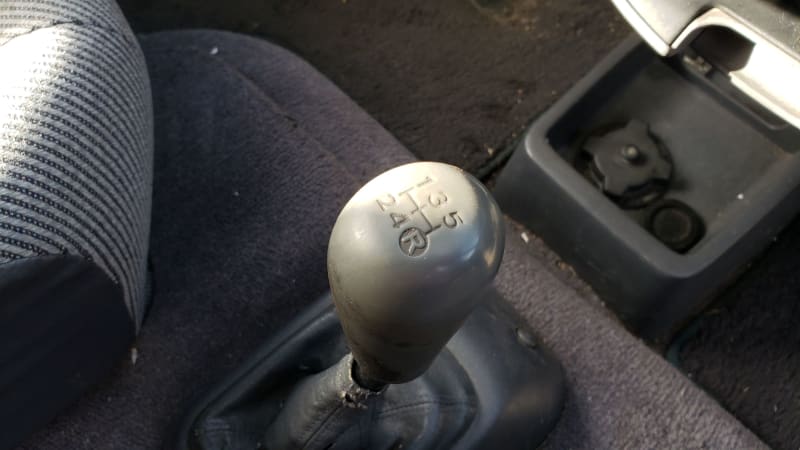 The Previa was known as the Estima in its homeland, and plenty of buyers opted for the manual transmission over there. On this side of the Pacific, though, Toyota USA offered the five-speed manual in the All-Trac Previa for the 1991 and 1992 model years only (you could get a five-speed in the rear-wheel-drive Previa throughout its 1991-1997 sales run here). 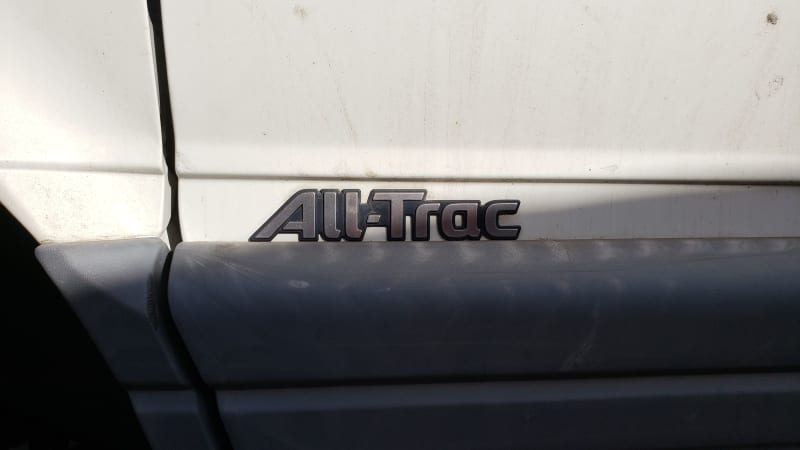 Toyota sold quite a few Tercel 4WD wagons here during the 1980s, but those cars had an old-fashioned four-wheel-drive system that required the driver to work a lever to switch to front-wheel-drive when on dry pavement. If you left one of those cars in 4WD mode all the time (as many Americans did), you’d tear up the tires or worse. The All-Trac setup was a true all-wheel-drive system (like Audi’s Quattro) that didn’t require the driver to make confusing choices based on road conditions. Some All-Trac vehicles had a switch to unlock the center differential, but not this van. 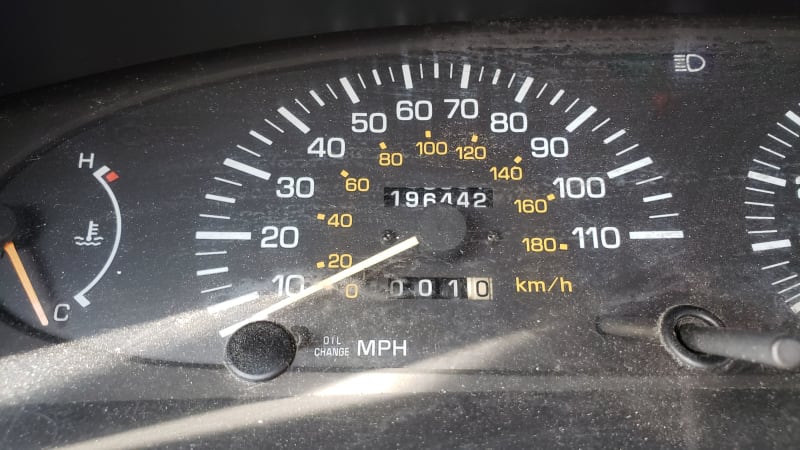 This is one of the lowest odometer readings I’ve ever seen on a junkyard Previa; the other white All-Trac five-speed Previa I’ve found made it well past the 300,000 mark, as did this ’96 automatic All-Trac van. 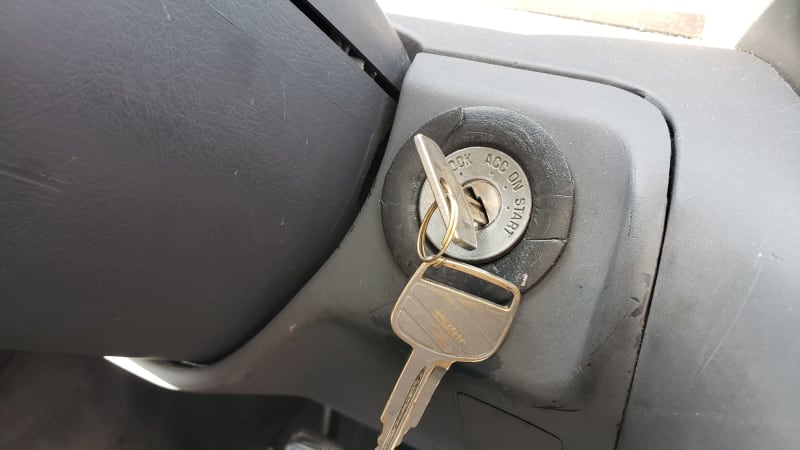 The keys are in the ignition switch and it isn’t crashed, so I’m betting that this car was a dealership trade-in, probably for a brand-new all-wheel-drive Sienna. Chances are good that it ran fine, but used-minivan shoppers will tolerate neither a manual transmission nor 200,000 miles on the clock, regardless of the number of driven wheels. As soon as this Previa’s former owner drove off the lot in a new set of wheels, this van’s junkyard fate was sealed. 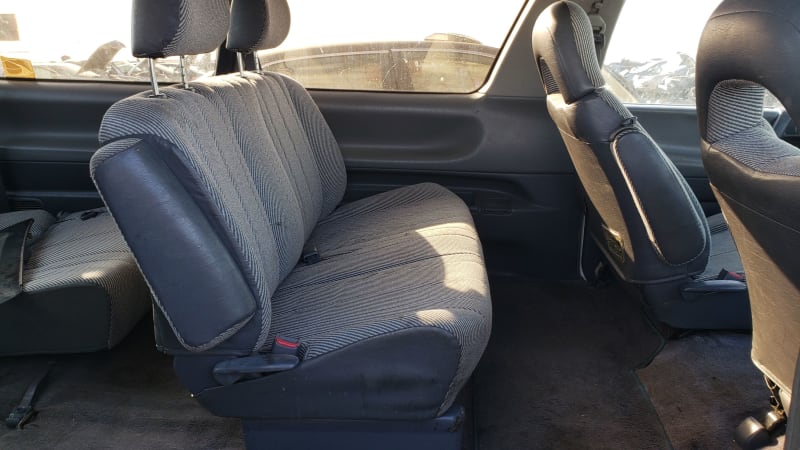 The interior shows some wear and tear, but not too bad for a 28-year-old family hauler.

Detroit minivans of the time were bigger and more powerful, but the Previa had a lot of appeal if you looked for it.

Auto Experthttps://automobiledot.com
As an Editor and an Automobile Geek, it's my pleasure to share my knowledge about Automobiles and their various aspects that can impact our lives.
Previous article2021 Ram 1500 Review | Prices, specs, features, photos and video
Next articleAston Martin will keep the internal combustion engine beyond 2030