I’ve been dunking on how expensive the BMW M3 has gotten since its debut. With options, the BMW M3 (and its M4 sibling) can easily reach near, and in some cases over, $100,000. Which is frankly insane for a car that starts life as a 320d lease special. However, after about thirty seconds of thought, rather than just lizard-brain, knee-jerk reactionary thinking, I realized that the BMW M3 really isn’t much more expensive than it used to be.

Even if you step up to the M3 Competition, the price only raises to $72,800, which isn’t an uncommon jump for both a power increase and the addition of an automatic transmission. To be honest, with how much extra power and performance the Competition has, its price bump is actually a bit of a bargain.

So why does it seem like the new M3 is so expensive, to the point of being compared to the Porsche 911? One simple answer — technology.

There are a lot more things to option now, things that don’t come standard on the M3 but things that we, as modern car drivers, don’t want to live without anymore. For instance, you really like wireless charging, LED headlights, head-up displays, and heated steering wheels, right? Well, to get all of that, you’ll have to pay $3,000 extra. What about BMW’s clever parking assist package, that offers a plethora of cameras and sensors to help you safely park your expensive car? Another $800. Do you like driving assistance features, the sort that can help you cruise the highway with minimal effort, or even handle stop-and-go traffic for you? Tack on $1,700. 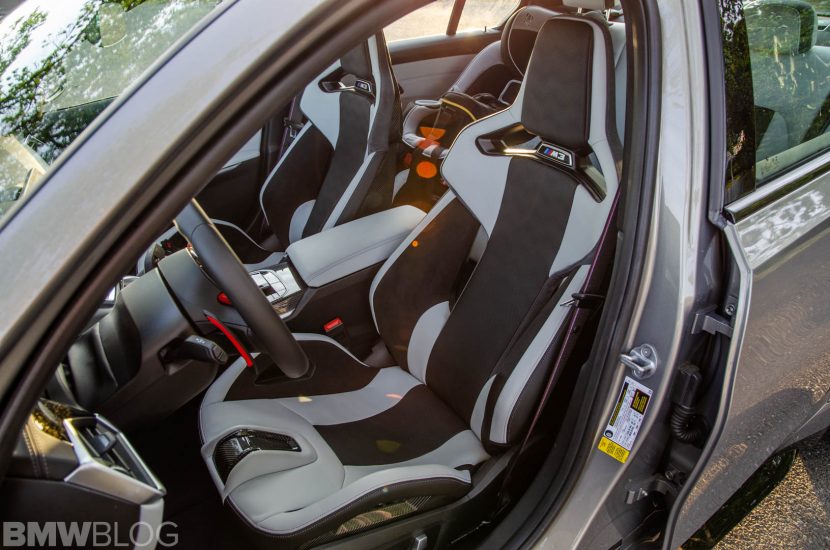 If you want some performance extras for, ya know, your performance car, there are many expensive options to choose from. Carbon ceramic brakes cost $8,150. The wonderful, and frankly necessary, carbon bucket seats are another $3,800. Do you like carbon fiber mirror caps and trim bits, to let your neighbors know just how sporty you are? That’ll be another $4,700. Throw in another $1,950 for a cool color like Oxide Grey Metallic and another $2,550 for a full leather interior, and you’re at a grand total of $99,450 before destination, taxes, or fees. Almost none of those options existed in 2003 and, after adding them all, there’s your six figures for a BMW M3 Competition.

So it’s not necessarily that the BMW M3 has gotten overly expensive, it’s that more and more technology and options are available for customers to add. And before anyone claims that BMW is being cheap and not including those things in the as-standard entry-level price, BMW has always been this way. Even the E46 M3 was relatively spartan for its base price. 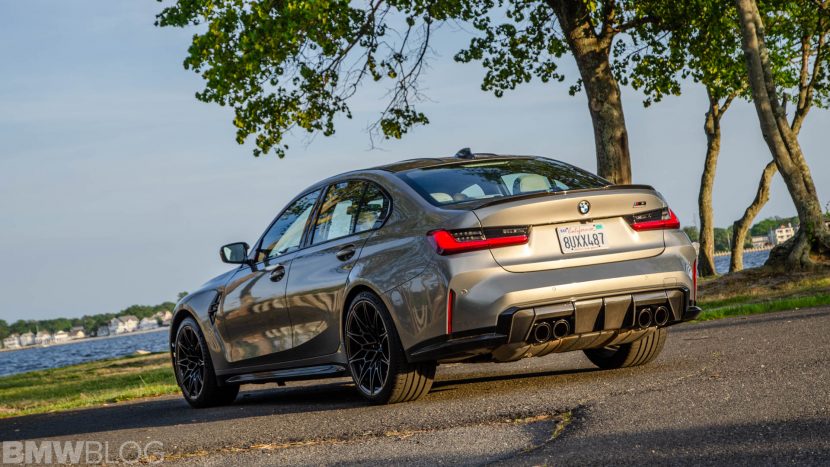 However, most of those aforementioned options are useless to the BMW M3 experience. Sure, the safety features and parking sensors are nice and the carbon ceramic brakes will help on track. In reality, though, you can get a very nicely equipped BMW M3 Competition in the mid-to-high $70,000 range, with just a few of the important options, maybe an interesting color choice or two, and have a killer car. The best part is that, while it seems expensive, it’s actually not much more than it would have cost over a decade ago, when adjusted for inflation.

Auto Experthttps://automobiledot.com
As an Editor and an Automobile Geek, it's my pleasure to share my knowledge about Automobiles and their various aspects that can impact our lives.
Previous articleVolkswagen Atlas Cross Sport GT Concept uses the Golf R’s engine
Next articleVolkswagen Atlas Cross Sport GT Concept imagines a sporty family crossover