The Dead BMW Z4 Manual in Australia Makes Me Sad

In most markets, the current-gen BMW Z4 comes one with the ubiquitous ZF-sourced eight-speed automatic transmission. However, in certain markets, entry-level Z4 models were actually available with a six-speed manual (to say we’re jealous would be a gross understatement). One such market was the Australian market but, as we recently learned, the manual Z4 will be killed off in Australia after only selling two(!) units.

The only BMW Z4 model sold with the manual transmission was the entry-level Z4 sDrive20i, which came with a 2.0 liter turbo-four, making only 194 horsepower. So not exactly an enthusiast’s sports car. However, even the entry-level Z4 could be fun, due to its low curb weight, ultra-low center of gravity, drop-top nature, and — most importantly — a six-speed manual. Sadly, only two models were sold with the three-pedal ‘box as many years. Two units sold in two years is, to use an industry term… bad. Which is why it’s facing the axe.

“As only two examples of the BMW Z4 sDrive20i fitted with the manual transmission have been sold since launch in 2019, BMW Australia has made the decision to remove this variant from the line-up from the July 2021 production month,” a BMW Australia spokesperson told Car Advice. 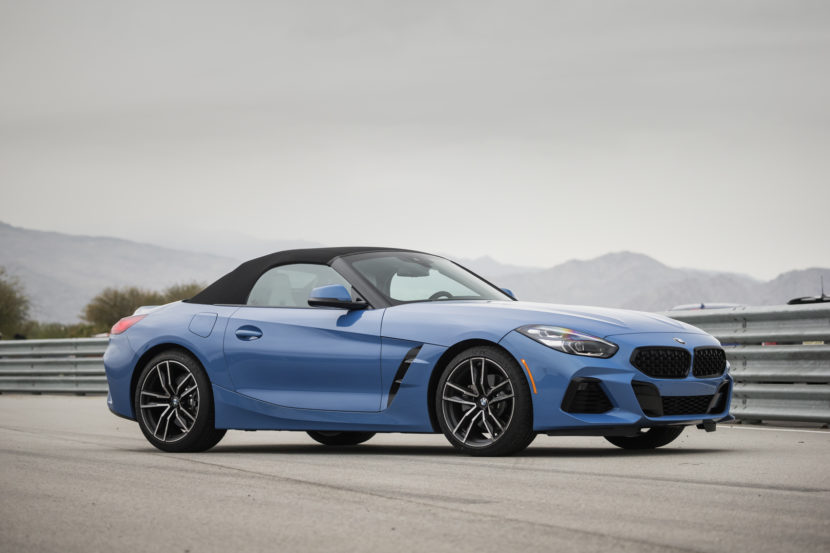 Even automatic Z4s struggle to sell in Australia, with only 371 of them finding homes in the two years it’s been on sale. That makes the BMW Z4 a pretty rare car but it also makes the two manuals sold one of the rarest over sold in Australia. For reference, Honda sold three NSXs (a notoriously poor selling car) in 2020 alone.

Sure, the BMW Z4 sDrive20i isn’t exactly a thrilling car to begin with. However, after driving the BMW Z4 sDrive30i, which isn’t that much quicker, I can say with confidence that it would be a lot more fun with a manual. In fact, if the Z4 sDrive30i were sold with a manual in the ‘States, I’d bet money (not a lot, though) that the Z4 would sell better than it currently does. Enthusiasts would appreciate a rear-wheel drive, manual, roadster that’s more premium than a Mazda MX-5 but not as expensive as the Porsche Boxster. Just the announcement of a manual alone would get some enthusiasts into showrooms to give it a test drive, which would most likely sell them.

I wrote recently that the BMW Z4 is a good car and an underrated one. It deserves more love than it gets, being that it’s a surprisingly fun, premium roadster. It isn’t perfect by any means, and I’d personally still probably buy a Boxster instead (simply due to my love for mid-engine cars), but the idea of a BMW Z4 with a manual transmission is one that sounds like a blast. It’s sad that only two people in Australia felt similarly.

Auto Experthttps://automobiledot.com
As an Editor and an Automobile Geek, it's my pleasure to share my knowledge about Automobiles and their various aspects that can impact our lives.
Previous articleGlobal shipping sounds alarm as crews are pushed to their limits
Next articleThe 2023 G09 BMW XM scooped up once again on the Ring