The M Performance Parts for the new BMW 2 Series Coupe

BMW is launching a new line of M Performance Parts for the all-new 2 Series Coupe and the 2 Series Gran Coupe. This marks the first time we’re seeing such parts on the new 2er Coupe.

The new BMW 2 Series Coupe sports a rather controversial design. While it’s garnered some praise, it’s also received some very public criticism. It’s not a bad design but it’s very different from any other recent BMW design, with single headlights on either side, a very different grille, and kinda blobby taillights. If your issue with the new 2 Series Coupe is with its lack of aggression, though, these M Performance parts should help. 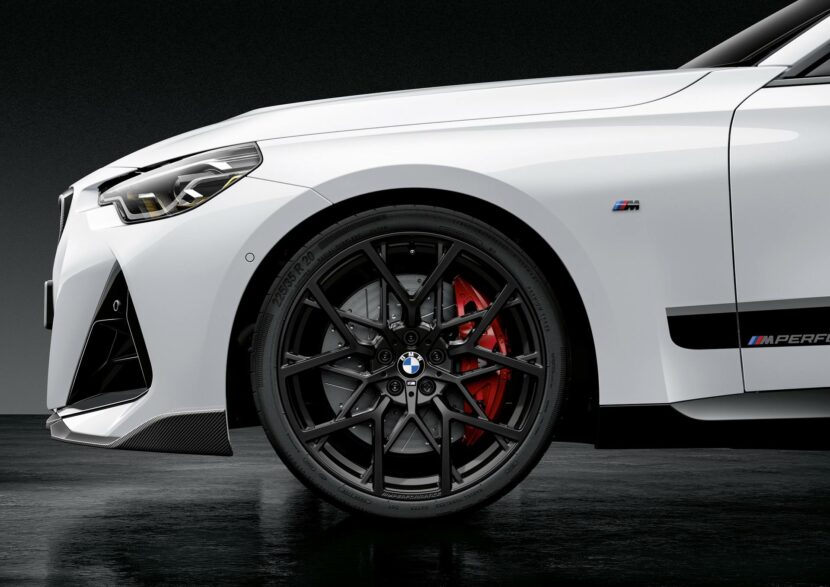 Up front, you can get some carbon fiber bits, such as grille trim and a front spoiler. Those carbon bits extend down the sides of the car, giving it some little winglets just ahead of the rear wheels, and to the back where a rear spoiler and faux diffuser can be had as well. Interestingly, carbon fiber M3-style mirrors can be given to the 2 Series as well.

If you like stripes, you can get some stripes. Black stripes are available for the flanks of the car and even the hood, the latter of which being in a boomerang-like shape.

Of course, being a BMW, there are a few different wheel options, three in fact. Two of which are 20″ wheels; one two-tone and one black; and one 18″ option with a black finish. 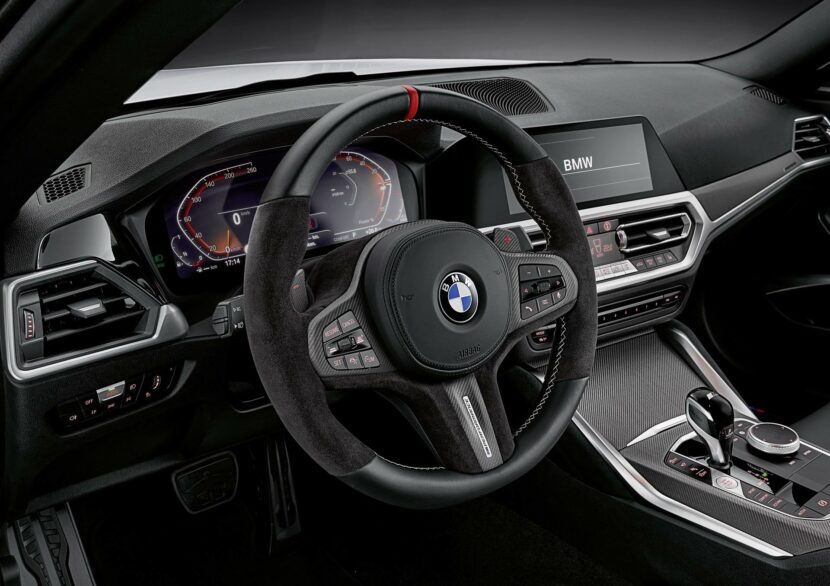 If you want some added spruce to the interior, there are some new options for that as well. For instance, there’s an M Performance steering wheel, with Alcantara nine and three o’clock positions, as well as a red twelve o’clock stripe. You can also get the paddle shifters in carbon fiber.

The most notable part of the interior, though, is the seat upgrades. Thickly bolstered sport seats feature M Performance badging, what seems to be Alcantara on the seat backs, and some carbon fiber trim on the back of the headrests. Nothing like the brilliant seats in the M3 and M4 but they’re definitely cooler looking.

There’s some M Performance badging, a new arm rest lid, and some carbon fiber trim to be had as well. You can even get little M Performance door locks. Cute. 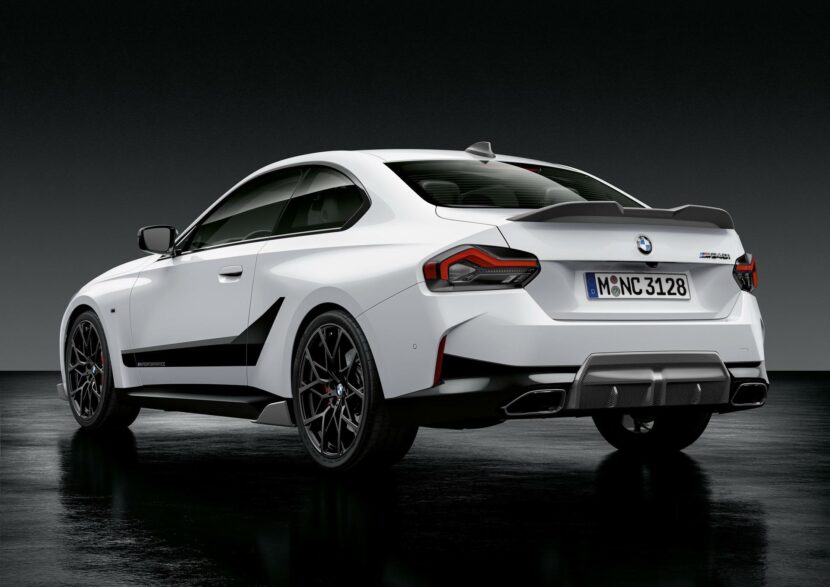 Whether you love the design or hate it, the new 2 Series Coupe is among the last small, front-engine, rear-wheel drive coupes to come from BMW and, from what we here, it’s going to be great to drive. So if you want to get one, making it special and unique to you might be worth your while. These M Performance Parts can help you do that.

Auto Experthttps://automobiledot.com
As an Editor and an Automobile Geek, it's my pleasure to share my knowledge about Automobiles and their various aspects that can impact our lives.
Previous articleBMW iX will have the most advanced sound quality found in a car
Next articleVW will deploy Argo AI-powered autonomous ID.Buzz vans