The Tesla paradox: It’s the rocket, you’re ‘Spam in a can’

Elon Musk last night kicked off production of the Tesla Model S Plaid performance sedan, and as usual his standup routine was a flurry of superlatives: The car will do 0-to-60 in 1.99 seconds — being sure to edge out the 2-second mark out to the second decimal place. It will do the quarter-mile in 9.23 seconds. It can reach 200 mph. It makes over 1,000 horsepower, with 20 to spare. Each benchmark is checked off: It’s the fastest. It’s the safest. It’s the best. It’s the standard-bearer for a future in which electric cars are “kick-ass.” The presentation was peak EV and peak Elon.

Moving past the performance aspects, Musk then focused on the car’s ability to read our minds. It lacks controls — because in his view, “input is error.” The car will recognize your approach and let you in. It will not need to be turned on because, hey, you got in, didn’t you, so you must be planning to go somewhere. It no longer has a shifter stalk or any means of physical control, because the car will decide whether you want to go forward or in reverse. It will tee up a navigation route based on your calendar for the day. (God forbid you forget to put something on your calendar.) It will geocache everything you do in its eagerness to anticipate your moves. And it’s set up to provide a “home-theater experience” for watching movies and playing video games, allowing you to lounge about the sleek cabin while your Tesla does the driving.

So here’s what’s wrong with that.

As NASA was developing the Mercury capsule to send the first Americans into space, engineers mocked up the craft with no controls. The flights would be automated, the spacecraft commanded from the ground. There would be no need for human piloting — never mind that a rigorous astronaut selection process had chosen the Mercury Seven from among experienced test pilots. In a pivotal scene in “The Right Stuff,” the astronauts howl in protest. No way were they going to allow themselves to be shot into space as “Spam in a can.”

When a thruster failed on John Glenn’s orbital flight aboard Friendship 7, he took manual control. Then Mission Control detected a problem with the craft’s heat shield, and he guided the ship through reentry, proving the value of a skilled pilot instead of a passive passenger. Later on Gemini 8, Neil Armstrong, seconds from blacking out, gained the upper hand over a spacecraft that was spinning wildly out of control, troubleshooting a deadly problem no computer could have solved. It was probably the moment that ensured he’d go on to command Apollo 11, where again his piloting experience averted disaster with seconds of fuel remaining at touchdown.

Not every driver on the road is an astronaut. Lots of drivers definitely do not have the Right Stuff. If, someday, cars will drive themselves, that might be a fine idea, and those folks are welcome to sit back and play a video game. But those are not the drivers who want, need, or should be anywhere near a 2-second car. (Yes, I’m rounding up.) 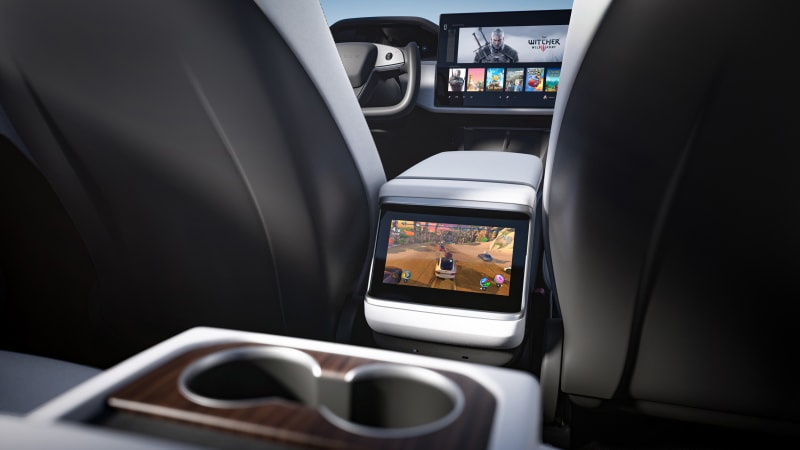 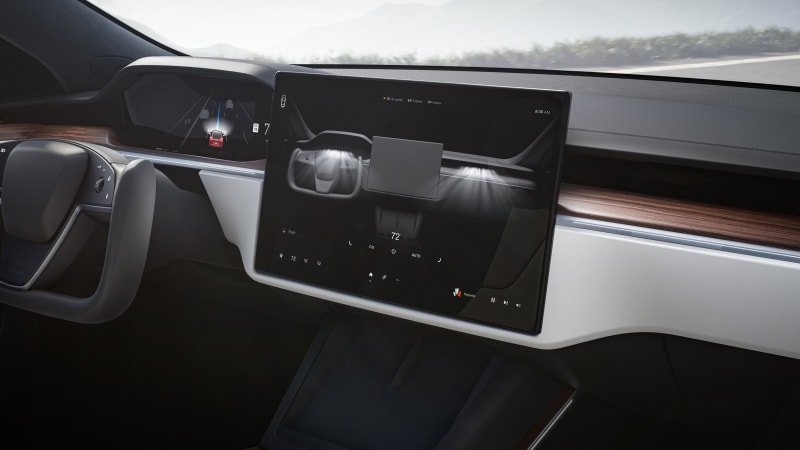 On the flip side, drivers who covet the claimed performance capabilities of the Model S Plaid … well, they want to drive. They don’t want a car with no controls. Or a steering yoke that is going to tie their arms in knots — whether it breaks 2 seconds or not, it’s safe to assume this will be a three-motor monster on the straightaway, but drivers want curves. They don’t have time for movies and games. Driving is the game. And many of us are still getting used to the fact that manual transmissions are nearly extinct. We have no interest in allowing the car to decide whether we’re going forward or in reverse, and in fact that feature alone should be a dealbreaker for anyone who takes joy in driving.

If someday a Tesla can drive itself — and to be clear once more to anyone under the starry-eyed illusion it can, right now no Tesla cannot drive itself — then sure, it’ll chauffeur you at a leisurely pace and all that performance engineering will be meaningless. Or, a driver, a real driver, can fume about the controls he’s been denied, switch off as much of Hal 9000 as he can, and make the car go like hell. In either use case, a bunch of claimed capabilities, and the dollars spent on them, will go to waste.

So who is this car for? Are you a driver? Or are you Spam in a can?

The buyers may be neither — rich folks who value it as a party trick, who will chant the performance numbers and geek out over the gimmicks and are happy to ignore the paradox at the heart of the machine. It’s a halo car for sure. With sales of Model S and Model X on a sharp downturn — Tesla delivered only 2,020 Model S/Xs in the first quarter, while Porsche sold 9,072 copies of the Taycan in the same period — it’s hard to imagine wide appeal for a car that is so at odds with itself.

Auto Experthttps://automobiledot.com
As an Editor and an Automobile Geek, it's my pleasure to share my knowledge about Automobiles and their various aspects that can impact our lives.
Previous article2022 Audi A3 and S3 pricing out, starts at just under $35,000
Next articleForget cryptocurrency, to buy a Polestar you can use art